Opinion: The Masquerade Against The Common Platform 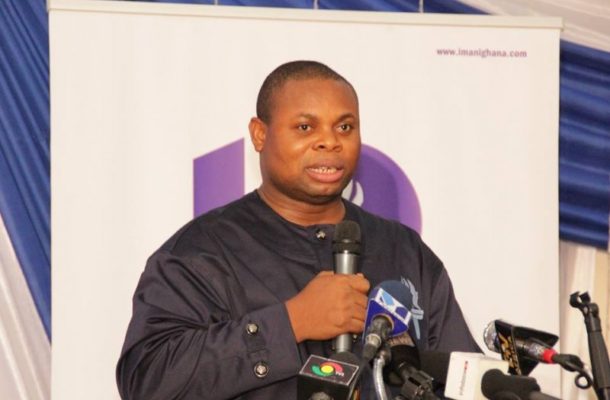 The recent commentary from Imani Africa (and I am being polite in describing it as commentary) is as barefaced and malevolent a hatchet job as one could hope to see. The blatant disregard for accuracy and fair comment reeks of malice aforethought.

Throughout the piece, there is evidence aplenty of an unwillingness to do the kind of basic research work that ought to inform commentary on such weighty matters. So much could have been ascertained and verified by anyone ready to do the spadework and intent on performing a public service. Instead, the article chose a predetermined path, and in so doing revealed that the voice and the arm are not in accord.

There are no positive affirmations throughout the commentary; instead what runs through it is a trail of litter without substantiation, deployed suggestively and intentionally but not substantively. Not only have no laws been contravened, at every step and stage, best practices have been observed and the interests of Ghana have remained the primary consideration of government ministries and agencies.

An itemized response to all the false flags flown in the commentary would be tantamount to legitimizing the vicarious agenda of the puppet masters. We are however obliged to disabuse the public of some of the more egregious misdirection’s.

The challenges at the interdepartmental border crossings have been noted and addressed. Act 864 clearly defines the role of the Ministry of Communications (MoC) and the Ministry of Finance (MoF). Both ministries collaborate, as evidenced in the NCA and GRA jointly securing the services of a single vendor.
At the stakeholders meeting held in March 2017, both ministries agreed that the NCA (after consultation with the GRA) should provide the implementing agencies to acquire a Common Platform. At that meeting the decision was taken to abrogate the contract with Subah.
The Common Platform is devised as a mechanism to monitor and verify the actual revenue that accrues to service providers for the purpose of computing taxes due to Government under Act 864 and revenues accruing from levies under Act 775, as amended by Act 786 of 2009.
Pursuant to the implementation of the Common Platform and contrary to yet more irresponsible reporting, the MoC did not enter into any contracts independently.
The new vendor was secured through clearly defined procurement guidelines after an outline of the full scope of work.
Kelni is a wholly owned Ghanaian company, in partnership with Global Voice Group (GVG). If the article had dug deeper, it would have ascertained that KelniGVG (owned 80% by Ghanaian’s and run and controlled by Ghanaians), provided a performance bond to demonstrate commitment to delivering solutions to the requirements of the contracting agencies (NCA and GRA).
The 0.19 USD levy was a decision arrived at after due consideration of regional standards and informed by the government’s desire to staunch the loss of revenue brought about by reliance on the declarations of the operators alone.
Since its introduction, the 0.19USD floor price for international calls has generated and repatriated 1.2bnUSD into the Ghanaian economy; of that, 360mnUSD has accrued to the government of Ghana, the balance to the operators. This is in contradistinction to the situation prior to the new intervention when everything remained with the operators underpinned by multinational structures.
For the purposes of clarification, the tariff cost has no bearing on the prices paid by Ghanaian consumers but is instead absorbed by the international carriers.
The GHIPSS infrastructure as established is facilitating only off-net mobile money transactions and does not cover on-net transactions. The Common Platform is however monitoring all mobile money transactions.
The cavalier manner reference is made to alleged abuses by KelniGVG requires such claims be substantiated. By the very nature of their role in providing services that guard the gates the operators previously manned themselves, companies like KelniGVG are seen as easy prey for those who stand to lose the most.
Talk of potential conflict between the MoC and the MoF is uninformed and alarmist. The MoF has been involved at every stage of the procurement process through the representation of the GRA. The GRA had three representatives on each of the evaluation and implementation teams.
Scare tactics such as speculation on the misuse of data fundamentally misunderstands the equipment and processes being deployed. The object of the system is not to gather specific individual information but rather to ensure that actual levels of traffic are monitored and captured.
The data collected and stored by the Common Platform does not contain the names, addresses or any other unique identifier of a customer to enable any user of the system to locate an individual or corporate body; it is an aggregated statistical analysis.

Given the scale of misrepresentations in the offending piece, the question that lies unanswered is WHY! Seeing as the gratuitous errors could have been fact-checked and validated with a little effort, why did the commentator choose not to bother?

Were I to be charitable, I would say of him that “he knoweth not but knoweth not that he knoweth not”. I am not of a mind to be charitable however because I know that those that illegally benefit from a denuded system will not willingly acquiesce in reforms that require that henceforth they give unto Caesar what is Caesar’s.

Generally, the rule of thumb when motivation is murky is to follow the money. The appearance of informed comment allied with deliberate misrepresentations and outright lies suggests we are being fed a diet of tainted and nuanced information by undeclared and conflicted interests. Who stands to lose the most from more accurate monitoring and capture of the quantum of voice and data traffic in and out of Ghana?

Behind the mask of informed commentary lies the hand of those persons confronted with the real prospect of no longer being able to manipulate data to avoid contractual and civic responsibilities. The fourth estate ought to demand from those that operate under its aegis that they be more strenuous in ascertaining facts freely available before spouting manifest untruths.

The government correctly wishes to increase tax collection in the telecom sector and is installing a real-time transaction verification system to double check operator’s declarations and so ensure accuracy; something the previous system failed to do. This system not only assures accuracy, it also verifies mobile money transactions, as well as allowing a revenue audit to ensure transparency. On top of that, its cost is half what was previously being charged.

Those charged with ensuring that our telecom providers are compliant with extant laws and regulations must not be daunted. They must be relentless in rooting out the opportunities for malfeasance that have hitherto been exploited by unscrupulous elements. The struggle to supplant corporate greed with the pursuit of the public interest will not be won without doggedness but it will be won.