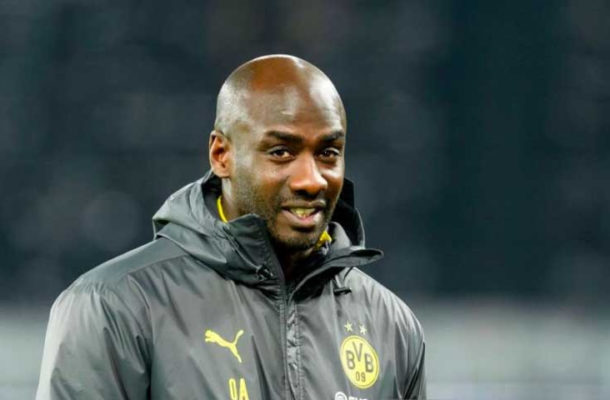 “The hardest group to call” – that’s how Jonathan Williams, who writes for The Guardian in the UK described Group H of the forthcoming World Cup. H could be for Hard, but it can also stand for Hope. Be under no illusions, Ghana will be considered outsiders to make it beyond the group stage, but Williams believes that with Otto Addo at the helm, they stand the best chance of springing a surprise or two in Qatar when the tournament gets underway in November.

The Group of Hope

This year, the consensus is that Group E will be the Group of Death, featuring two former winners in Germany and Spain. Over in Group H, Ghana find themselves alongside Portugal, Uruguay and South Korea battling for two spots in the knockout stages.

In Cristiano Ronaldo, Luis Suarez and Son Heung-Min, the other three teams certainly have some big name talent. However, Portugal has a wretched World Cup record, and will place extra pressure upon themselves to do something special for Ronaldo, playing in his fifth and surely his final World Cup. Uruguay, on the other hand, have form when it comes to turning it on for the big occasion. But Suarez and their other big name players are now the wrong side of 30 with their best years behind them.

The World Cup fever is catching up in countries like the United States where soccer was a fringe sport that was  and odds for sports betting in the US shows a couple of interesting things. One is that Ghana is a 3/1 shot to qualify from the group stage. The second point is that practically all the betting is on the other three teams. This has the effect of damping their odds and means that right now, Ghana is the value bet in Group H.

Even the most partisan supporter of Ghanaian football will have to admit that to stand any chance of emerging victorious from the World Cup group stage, Ghana will have to put in a better performance than we have seen so far this year. The team struggled through qualifying and it took a questionable penalty against South Africa and an away goals countback against Nigeria to stagger across the line. As for the performances in the Cup of Nations, the less said the better.

But H is for Hope, and there are reasons for optimism. We indicated earlier that Ghana does not have a big name like Ronaldo or Suarez, but it does have a highly talented unit of young players. The key is to coalescing them into a team where the whole is greater than the sum of its parts.

Otto Addo is the right man to make this happen. Former Ghana legend Derek Boateng described him as a “brilliant coach.”  He said he has the technical ability to bring out the best in every player while keeping a calm head in  the pressure cooker environments that were par for the course in places like Abuja and Lagos.