Our memorandum is not to legalise Same-Sex Marriage 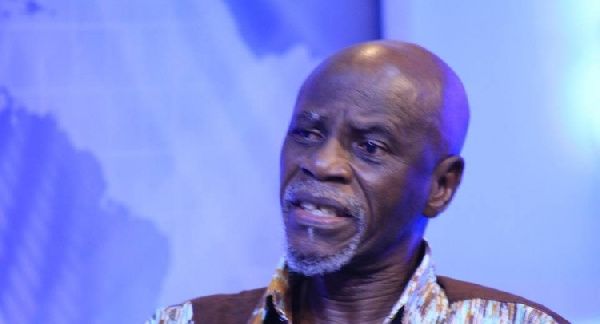 A member of the Concerned Citizens against the anti-LGBTQ Bill, Akoto Ampaw, says the memorandum submitted to Parliament against the passage of anti-LGBTQI Bill into law, is not to legalise same-sex marriage.

The legal practitioner, at a press conference, said, “…It is mischievous for everyone to say that our group is for legalisation of same sex marriage and we expect the media to challenge persons who deliberately or out of ignorance propagate such dis-information.”

Mr Ampaw and 17 others, including Professor Emeritus Takyiwa Manu, Professor Kwame Karikari, Professor Audrey Gadzekpo, had submitted a memorandum to Parliament describing the anti-LGBTQI Bill laid before Parliament as “insignificant and unconstitutional” and called for its rejection.

The anti-LGBTQI Bill, titled: “The Promotion of Proper Human Sexual Rights and Ghanaian Family Values Bill 2021″, submitted to Parliament in June this year, seeks to push for LGBTQI community members and those who advocate their rights to be fined and jailed between three to five years and beyond for identifying with that sexual orientation.

Mr Ampaw said it was disingenuous to discredit opposition to the Bill as being informed by foreign interests, as it denied the legitimacy of domestic voices, which were “dissenting to the bigotry upon, which the Bill is based and suggested that only those in favour of the Bill should qualify to be regarded as real Ghanaians.”

“We may do well to remember that some of the civil society voices calling for the protection of LGBTQI+ rights today have, in the past, championed other human rights that were not necessarily grounded in our culture or tradition, such as freedom of association and free media,” he added.

Ms Selasi Tsegah of the Human Rights Advocacy Centre and a member of the group, disputed comments that homosexuality was a mental disorder that could be corrected by “conversion therapy”.

Speaking about protection of children from sexual abuse, she said there was no need to single out homosexuals and fan “hatred and opprobrium” against them as if they were the main predators and pedophiles when crime statistics from the Ghana Police Service proved otherwise.

Professor Emeritus Manu asked that both homosexuals and heterosexuals be dealt with if they sexually harassed children, adding that, it was unfair to place a high focus on homosexuals.

“The truth is, homosexuals are not asking for marriage or anything from Parliament and they are not hurting anyone, so let’s just leave them alone,” she stressed.