Our planned strike is justified – Teacher Unions fire back at GES, Education Ministry 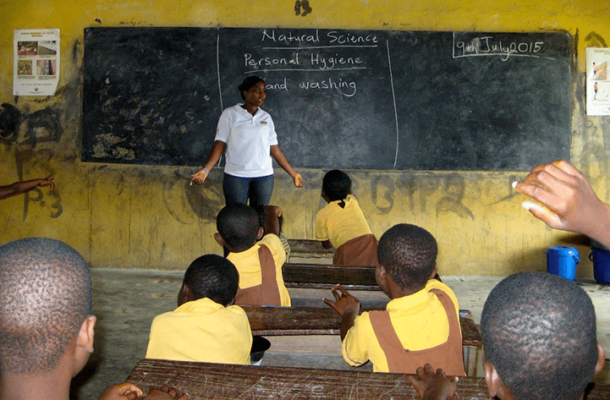 The three teacher unions who served notice that they will embark on a nationwide strike say they will go ahead as planned despite calls from the Ghana Education Service (GES) not to proceed.

Barely 24 hours after the unions declared the strike, the GES and the Ministry of Educations in separate press releases described the planned action as baseless, illegal and shocking.

In an interview with Citi News, President for the Coalition of Concerned Teachers and spokesperson for the three unions, King Ali Awudu insists their strike is justified on all fronts hence; they will not rescind their decision.

It is very sad that a whole professional body like the Ghana Education Service will issue such a statement and tell us that our strike is purported. First of all, look at the figures that they have given. I think that one alone tells us that, they just rushed and brought something into the public domain to say that, our strike is purported and it is not justified. It is not about NPP, NDC, it is about government. The government owes over 36,000 teachers salary arrears from 2012 to 2016. So, we are justified to demand that money. Those teachers should be paid even if it is one teacher to be paid

Teachers’ strike a breach of their own principles – Education Ministry
The Ministry of Education has described the strike declared by the three teacher unions as baseless.

Public Relations Officer of the Education Ministry, Ekow Vincent Assafuah, said the assertions made by the teachers are inaccurate.

“If we owe about 120,000 staff and we paid almost 20,000, why would you declare a strike? On what basis are you declaring the strike? So they are not acting in good faith. I think that it is a breach of their own principle and commitment to the GES. One relevant question that I want us to ask them is what happens to the poor child who is waiting in the classroom to be taught?” he asked.”

GES shocked at decision to strike

The Ghana Education Service (GES) expressed surprise at the teachers’ decision to strike on Monday.

According to GES, the industrial action declared by the teachers is illegal and “an abuse of the principle of good faith and good working relations”.

In a statement, the Service argued that it has held a series of meetings with the leadership of the teacher groups where it discussed the payment of the said arrears with the modalities involved, adding that a December 5 ultimatum given by the teachers was not realistic.