Owusu Afriyie Akoto does not understand the concept of Food Scarcity 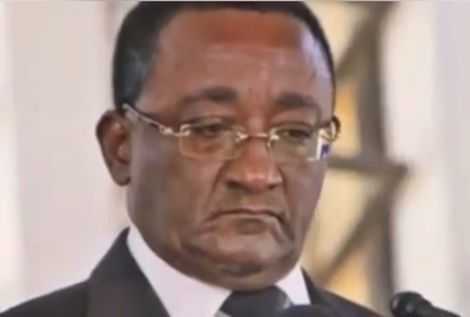 There is no food scarcity in Ghana, claims Dr. Owusu Afriyie Akoto, Minister of Food and Agriculture. The fact that there is an imminent threat of famine in Ghana at the moment suggests that the minister may not genuinely grasp what a food shortage is.

I had to explain to Owusu Afriyie Akoto that a "food scarcity" refers not just to a lack of food availability and access, but also to a rise in food costs that are prohibitively high for customers. That is how things are right now in Ghana.

If there aren't enough foods on the market, which is why they are pricey, then there aren't enough to go around. This can be caused by an increase in imported chemicals or other external circumstances beyond the government's control. When there is a surplus of food on the market, prices of commodities are always reasonable, regardless of inflation or other circumstances.

The minister of food and agriculture should acknowledge that the NPP government was experiencing numerous difficulties prior to COVID-19 and the impact of the Ukraine-Russian war on the rest of the world. Man-made mistakes are the main factors contributing to the nation's economy collapsing and the currency depreciating. So it makes sense that people would grumble about the high expense of living.

According to the minister, "There is no food shortage in Ghana as is being speculated, the food situations in the regions are sufficient evidence, but we recognize that food is relatively expensive due to external factors." However, he must understand that once there is inflation, which has led to a general increase in the prices of goods and services, it means there is a shortage of food.

There is a shortage of commodities on the market when the general price level increases and the currency can buy fewer goods and services. The Agriculture Minister must keep in mind that a plentiful harvest increases the value of the currency, enabling to buy enough food and other necessities.

Afriyie Akoto, the Minister of Food and Agriculture, stated that regarding bank financing, the government was looking at methods to force banks to lend a portion of their loans to farmers in order to increase productivity.

That is untrue since farmers have been pleading for loans and other forms of financial support ever since the NPP government took office, but their calls have never been returned. How can the government support farmers if it maintains that the nation is bankrupt and that it cannot even pay its employees?

The crisis in the nation, which has impacted every infrastructure system, including the agriculture sector, is difficult for the NPP government to assume responsibility for. For instance, the country's food output has been impacted by the shortage of fertilizer.