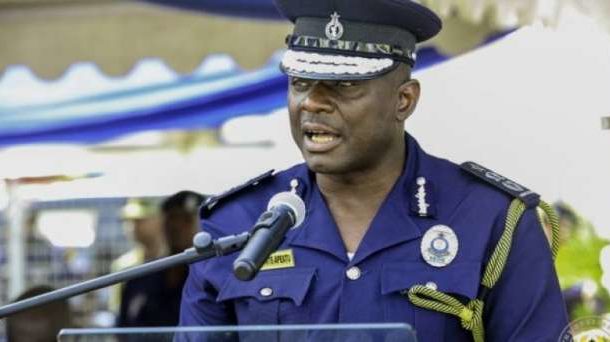 Policy Analysis and Monitoring Centre (PAMC) has demanded  the resignation of the  IGP David Asante-Apeatu following a "long list of police brutalities against innocent and defenceless citizens".

The call by the PAMC comes in the wake of an inexcusable massacre of seven unarmed civilians in the Ashanti Region and the heartlessly brutal abuse of the fundamental human rights of of harmless nursing mother in a banking hall.

The Centre in a statement, has condemned the " brutish, callous, insensitive, primitive and unprofessional conduct from the police, which it says has "taken an alarming dimension".

"The frequency of this police Professional misconduct should not be taken as business as usual," the statement read.

"A competent police authority ought to know that these are not normal times for them to be talking of warnings instead of retraining and retooling as a critical imperative."

The Inspector General of Police and his entourage were chased away by some irate Zongo community members at the Kumasi Central Mosque in a protest over the killing of seven of their youth, a scene that, according to the PAMC, indicates  "the extent of public mistrust, revulsion and lost of confidence in the law enforcement".

It  has also called for the resignation of the Minister of Interior.

"In any civilized society, the interior minister and his IGP would have resigned or be forced by the president to do so to restore public confidence," the statement adds.

There has been calls on the government to investigate alleged cases of police abuse and brutality against law-abiding tax paying citizens of Ghana to help restore public confidence in services and operations of the Ghana Police Service.

GHANA POLICE; A FRIEND OR A FOE?

PAMC notes with regret the attitude of a police man on duty at the Midland Savings and Loans in a video that has gone viral on social media.

The police is seen in the video savagely brutalising a nursing mother in the premises of the bank where she had been making strenuous but legitimate efforts to retrieve her savings.

We are told that the Lady in question had visited the bank, the Midland Savings and Loans company before Midday to withdraw an amount of GH250 from her savings but was told to get her out of the banking hall because they had closed business for the day around 4:30pm.

Be that as it may, nothing warrants or justifies this brutish, callous, insensitive, primitive and unprofessional conduct from the police, which unfortunately was supervised by management of the bank.

As a matter of urgency, we request the police service and the bank to respond to the following demands:

1. A reasonable compensation package for the lady and the three month old baby

2. A rehabilitation programme for the lady

3. Immediate dismissal and prosecution of the police officer in question

All over the civilised world, nursing mothers are often given special attention, care and priority even in queues. To see a nursing mother being physically brutalized this way shocks beyond belief. What is more, she didn't commit any crime. Under these trying circumstances, to deny someone access to money over the weekend could actually have meant a death sentence.

Management of the bank ought to have done everything possible to satisfy her and to avoid a scene. The manager and his head of operations of the bank should bow down their heads in shame.

As stated above, the bank "must" fully and adequately compensate the Lady financially before we contemplate our next line of actions.

With respect to the police, this only comes as an addition to the long list of police brutalities against innocent and defenceless citizens over the years. This barbaric police conduct has however taken an alarming dimension.

We call for a very severe punishment for this policeman and all other policemen who have in recent times been indicted for such human rights violations.

The frequency of this police Professional misconduct should not be taken as business as usual. A competent police authority ought to know that these are not normal times for them to be talking of warnings instead of retraining and retooling as a critical imperative.

But here is what they wrote:
Point #5 of the police statement says inter alia that:

"Following the conduct, the police administration has issued a stern warning to all police officers reminding them to desist from any such human rights abuses and misconduct"

In any civilized society, the interior minister and his IGP would have resigned or be forced by the president to do so to restore public confidence.

For the IGP and his entourage to be chased out of Kumasi by irate youth where the police chief had gone to commiserate with grieving families of yet another police extra judicial killings speaks a lot about the extent of public mistrust, revulsion and lost of confidence in the law enforcement. We call for the immediate resignation of the IGP.

Finally, both the police administration and management of the bank must fully pay for the lady's medical bills and ensure that she gets the best of medical care failing which they'll be jointly and severally held liable for all the consequences therefrom.