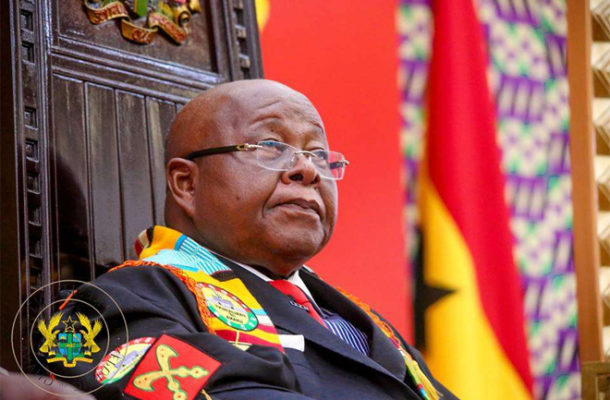 Ghana’s parliament has approved the military agreement the Government of Ghana entered with the United States of America (USA).

Speaker of Parliament, Professor Mike Oquaye said after the approval on Friday March 23 that the "House adopts the report from the joint committee on defence and interior.”

The approval of the agreement was done by only the majority side of parliament with the minority staging a walkout.

As part of the agreement, the United States (US) government will be spending $20 million in training and supplying equipment for the Ghana Armed Forces (GAF), the US Embassy in Ghana, has said.

It also indicated that Ghana has also agreed to bear the cost and take primary responsibility for securing US military facilities in the country.

According to the contract, Ghana has granted US contractors tax exemption. Sources say the negotiation started in 2017 but was approved on Thursday, 8 March 2018.

This news attracted mixed reactions from a section of the Ghanaian public.

On Friday March 23, some national executives of the opposition National Democratic Congress (NDC) stormed parliament to protest ratification of the deal.

Members of the pressure group Economic Freedom Fighters also staged protests which resulted in a clash with police in parliament.