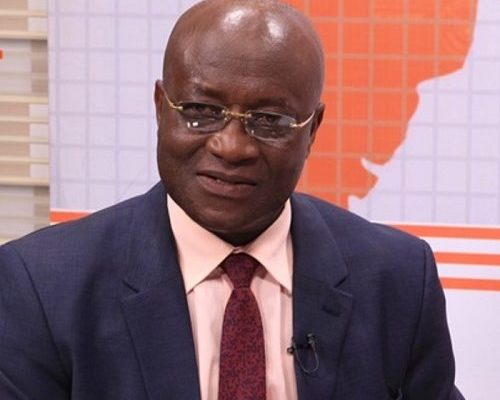 The Majority Leader and Member of Parliament (MP) for Suame Constituency, Osei Kyei-Mensah-Bonsu has said Parliament will not disappoint Ghanaians about the anti-LGBTQI+ bill which is currently before the House.

He emphasized that no Member of Parliament will be against the principle of the bill.

The Majority Leader gave the assurance this morning at a press conference held by the Majority Caucus of Parliament.

He expressed delight over the high public interest generated in the bill and pleaded with the public to demonstrate the same high interest in other bills which will appear before the House such as the Property rights of spouses bill.

Mr. Kyei-Mensah-Bonsu said the bill will be considered in line with the provisions of the Constitution and made particular reference to article 125 of the 1992 Constitution which states that justice emanates from the people.

On the issue of a live telecast of the debate on the bill, he said proceedings of Parliament on the floor have always been done in the full glare of the media and added that discussion on the bill in Parliament will be done in the same manner.

The Majority Leader urged the public to be dispassionate when discussing the LGBTQI+ issue.

On a comment reported to have been made by the Speaker, Rt Hon Alban Kingsford Sumana Bagbin that Parliament will pass the anti-LGBTQI+ bill, Mr. Kyei-Mensah-Bonsu said the Speaker cannot decide for the House, as he is not a Member of Parliament.

Adding his voice to comments made by the Majority Leader, Frank Annoh-Dompreh, the Majority Whip said the Majority caucus fully supports the anti-LGBTQI+ bill which is currently before the House.

The proponents of the Promotion of Proper Human Sexual Rights and Ghanaian Family Values 2021 bill are seeking to criminalize LGBTQ+ practice in Ghana.

Should it be passed, persons who identify as LGBTQ and or engage in such practice could face up to five years imprisonment.

LGBT activists could also face up to 10-year-jail term.