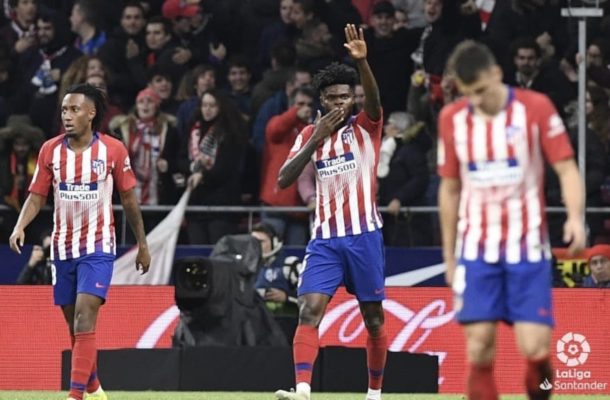 Thomas Partey was the undoubtedly the star of the show as Atlético Madrid secured a 3-2 win over Athletic Bilbao in LaLiga on Saturday.

Inaki Williams opened the scoring for the away team in the 30th minute, before the Rojiblancos responded with Partey who fired a stunning strike from long range to level matters.

Inaki grabbed his second of the game in the 64th minute to give the visitors a 2-1 lead.

Ten minutes to full-time, Partey showed up once again for Atletico, this time, delivering a corner which found the head of Rodrigo Hernandez and then into the net for another equaliser.

It was Partey’s 10th league appearance of the season, the goal his second and the assist also his second.

It looked like the spoils were going to be shared at Wanda Metropolitano, with just over two minute left of injury time to play, but captain Diego Godin came up with a dramatic late winner to seal three points for Simeone’s men.

The victory lifts Atleti up to second, one point behind leaders Barcelona, who play Real Betis on Sunday.