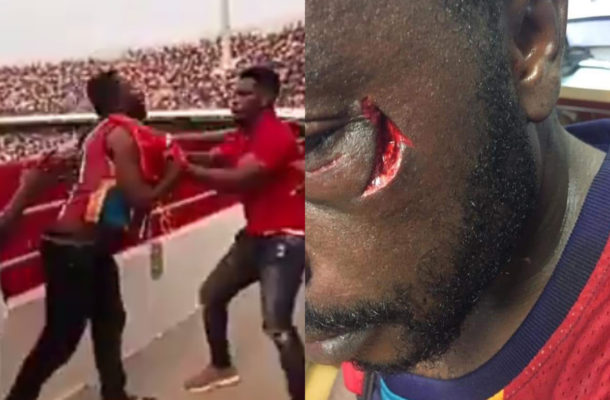 Family members including the mother and manager of  beleaguered boxer Patrick Allotey on Monday visited Michael Siaw the Asante Kotoko supporter who was pummeled with heavy jabs by the angry boxer on Sunday to plead for the withdrawal of the case from the Odorkor Police Station where the victim of the boxer's brutalities lodged a complaint.

The victim has been speaking in an interview with Oyerepa Fm where he explained that he did not even know he was a boxer and realised after the video went viral.

"I didn't even know he was a boxer ,it was after the video went viral that i got to know." he told Oyerepa Fm

"Sincerely I did nothing provoking to merit such assault from him,I was only jubilating when Kotoko scored, that was when he approached me to leave his presence and before I realised, he had hit him."

"His manager and family members have been here that I should withdraw the case so we settle it amicably but am yet to meet my dad so we decide" Michael Siaw explained.