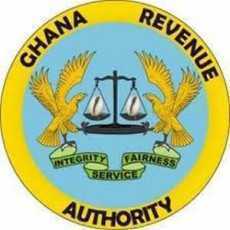 She said payment of taxes was a mark of patriotism and underscored the need for all citizens to support national development.

“As good and patriotic citizens, it is important for us to contribute our quota to national development. The leadership of the country has over the years pushed the agenda for the country to wean itself off donor support. This vision will elude us as a country if the citizens refuse to pay their fair share of taxes,” she said.

She said this when the GRA engaged some Trade Associations on the Electronic Transaction Levy (E-Levy) to educate and demystify any misinformation regarding its implementation.

In a speech read on her behalf by Dr Martin Kolbil Yamborigya, Assistant Commissioner, Domestic Tax Revenue Division (DTRD), she said there had been several erroneous information in the public sphere on the levy, hence, the need to continuously educate stakeholders on new policies and initiatives to obtain their support and buy-in.

She called on the media to help disseminate the right information widely on the subject, adding that GRA was also collaborating with the Information Services Department to intensify education.

The Commissioner urged citizens to continue using mobile money platforms for their various financial transfers as was being done prior to the passage and subsequent implementation of the law.

Madam Abena Osei-Asare, Deputy Minister of Finance, assured Ghanaians that monies collected from the E-levy would be put to good use for the benefit of all.

She also said Government would render periodic account on proceeds accrued from the levy and its use.

The Deputy Minister said Government would continue to engage citizens and various stakeholders to erase every erroneous notion regarding the E-levy.

Mr Isaac Kobina Amoako, Head, Project Management Unit, GRA, said the E-levy would enhance revenue mobilisation by broadening Ghana’s tax base and widening the tax net to include a large portion of the population that remained untaxed.

Mr Amoako said the E-levy would increase Ghana’s tax-to-Gross domestic product (GDP) ratio from approximately 12.5 per cent in 2021 to 20 per cent by 2024.

The levy charges also apply to bank transfers on an instant pay digital platform or application originating from a bank account belonging to an individual subject to a threshold to be determined by the Minister of Finance.

Mr Amoako, who is also a member of the E-levy Technical Committee, noted that all transfers would be affected by the E-Levy.

Such transfers include a cumulative transfer of GH¢100.00 a day made by the same person (the GH¢100.00 threshold is the value of electronic transfers above which the Levy will be applied.)

Also, no deductions would be made for transfers between accounts owned by the same person; a transfer for the payment of taxes, fees, and charges on the Ghana.Gov system or any other.

The Levy does not apply to specified merchant payments, transfers between principal, agent and master-agent accounts, and electronic clearing of cheques.

Mr Abdul Aziz, a representative of the Associations, thanked GRA for the education and pledged their support towards combating misinformation on the levy.