PBC spends over 50 percent of 2015 income on loans 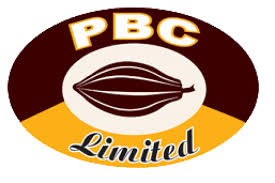 The high interest rates on loans as well as rising inflation made the Produce Buying Company Limited (PBC) spend more than half of its gross operational earnings for last year, on servicing debts.

According to the company, the principal and interests on loans amounted to 51.2 percent of the total revenue it made last year. “In the year under review, the company spent 51.2 percent of its gross operational earnings in servicing finance cost,” CEO of PBC Limited, Maxwell Kojo Attah-Krah stated at the company’s 15th Annual General Meeting on Wednesday.

He further intimated the impact of the increasing cost of borrowing and the high inflation on the company’s operations for 2015. “The 2014/2015 financial year experienced yet another unfavourable general economic situation as a result of high inflation, persistent energy crisis, high exchange and interest rate regimes. These factors obviously impacted generally on business activities in the country resulting in a higher than expected operational cost particularly that of borrowing.”

Even though there was an operating loss of over 25 million cedis in 2014, the company, in 2015 recorded an increase in profit after tax of 6.3 million cedis.

Maxwell Kojo Attah-Krah says he is optimistic of the company’s prospects in the near future “if proposals to raise some equity capital for the company is pursued to its logical conclusion.”

Meanwhile the Chairman of the Board of the PBC Limited, Captain Kwadjo Adunkwa Butah (Rtd), explained that the development has also led to the company’s inability to issue dividends to its shareholders for 2015.

“The Board could not again recommend the payment of any dividend this year,” he asserted. Cocoa output decline The PBC however expressed concern over the decline in expectation of cocoa output for the year under review [2014/2015 crop season]. The company stated, “the positive expectations arising out of the improved margins failed to materialize as national output of the produce unexpectedly got leaner and leaner throughout the season.”

National targets originally fixed at 900,000 tonnes were revised downwards. This also led to a reduction of PBC’s planned purchases downwards from 310,812 tonnes to 250,000 tonnes. Ultimately, the national output for the year under review was 740,254 tonnes, a 17.5% decrease from the previous year’s output of 896,917 tonnes while PBC Limited purchased a total of 230,989 tonnes, a decrease of 21.5 percent from the previous year’s purchases of 294,261 tonnes.