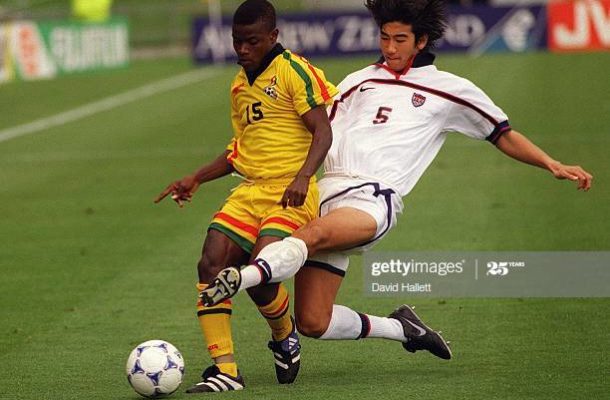 Former Hearts of Oak striker Ishmael Addo has no regrets over failing to make as much appearances and impact for the senior national team although he says he should have played more.

The striker in his prime was one of the most fearsome strikers in his prime with Hearts of Oak grabbing the goal king in 2001 by scoring 22 goals but not so much in the national team.

He says it was mainly due to the different coaches at club side Hearts of Oak and at the national team.

Ishmael Addo made his debut for the Black Stars at a tender of 17 years scoring his first goal against Sierra Leone during the 2002 World Cup qualifiers.

After that he managed to make only eight further appearances scoring just a solitary strike with the team for two years.

"Yes. I think I should’ve but then you know we had these big stars. We are talking about big strikers who were playing in the Black Stars back then were exceptional because we had Augustine Arhinful, all the big names," he told Tv3 Sports.

"Actually I had my chances and I took them so I wouldn’t regret anything that went on.

He won multiple league titles with Hearts of Oak, the CAF Champions League and the CAF Confederations Cup.

Addo made 71 appearances and scored 64 goals for Hearts during his three-stay at the club.