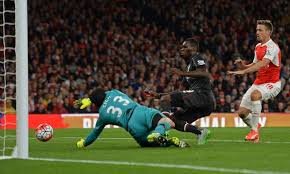 Arsenal goalkeeper Petr Cech seems to have taken the worst of Sunday's 4:3 defeat to Liverpool as he ran his car into a pillar after the game.

Just as the former Chelsea goalkeeper thought he was having a bad day, he drove his car into a pillar in the Arsenal car park when leaving the venue of the heartbreaking defeat.

Pictures circulating on social media show a large dent on the front-left of Cech's car, while he stood beside it. Reports say nobody was injured in the incident.

The goal keeper conceded 4 goals in Arsenal's first game of the PL season as the gunner's succumbed to a 4:3 defeat at the hands of Jurgen Klopp's Liverpool. 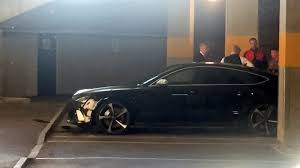