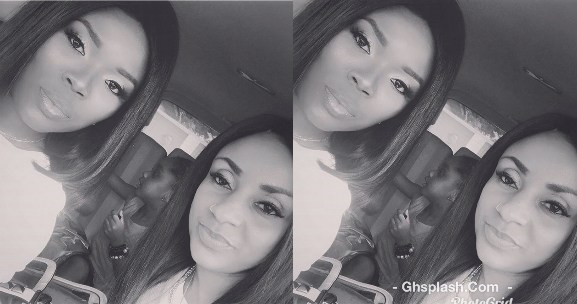 Outspoken media personality, Deloris Frimpong Manso widely known as Delay has taken a swipe at Black Stars Skipper, Asamoah Gyan after the result of a DNA test he demanded proved that he is the biological father of his 3 children.

Delay, who is a close friend to Gifty-the embattled wife of Asamoah Gyan- congratulated her on the victory.

Gifty Gyan who has been vindicated and saved from so much disgrace quickly commented with a thank you Emoji.

The results of the paternity test demanded by Asamoah Gyan in the annulment case against his wife was read in court on the 13th of February 2019.

The paternity test were said to have been conducted in both the UK and Ghana.

Gyan through his lawyer Mr Edwin Kusi Appiah in November last year stated he was annulling the marriage.

The Turkey-based footballer filed for divorce from his wife, Gifty Gyan, at the Divorce and Matrimonial Division of the High Court in the Ghanaian capital Accra.

“Our client has noted the level of misinformation as well as the veiled and sometimes open attempt to discredit him, his family and or his friends and therefore we write for and on behalf of Mr Asamoah Gyan on matters that have come to his attention because they have been largely publicized and talked about within the media space across the country.” the statement read

“Our client has no interest in discussing his marriage in public but the only correction he wishes to make on the foregoing is that the process that is ongoing at an Accra High Court is not a petition for divorce but an annulment process.” it added