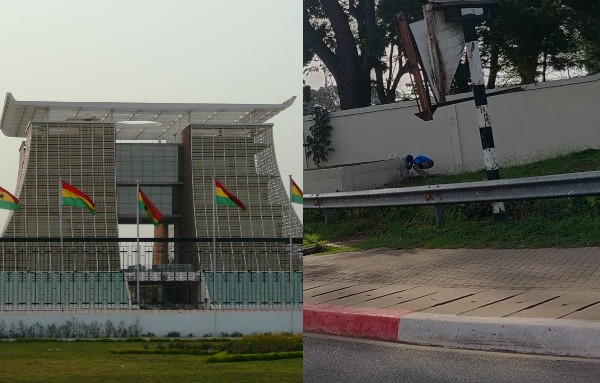 A photo making rounds online captured moment an unidentified man pulled his pants down to 'ease' himself on the lawns of Jubilee House.

It is however not clear if the act was considered a security breach as it was expected the security operatives Jubilee House would have acted fast enough to remove the man from the lawn.

I just saw someone taking a sh!t around Flagstaff House!! I'm still gobsmacked from what I was

Man just walked behind the 'reservoir' pulled a black rubber then proceeded to take a shit, right by the Flagstaff House. This might be the wildest thing I've seen in Gh, and I've seen a lot 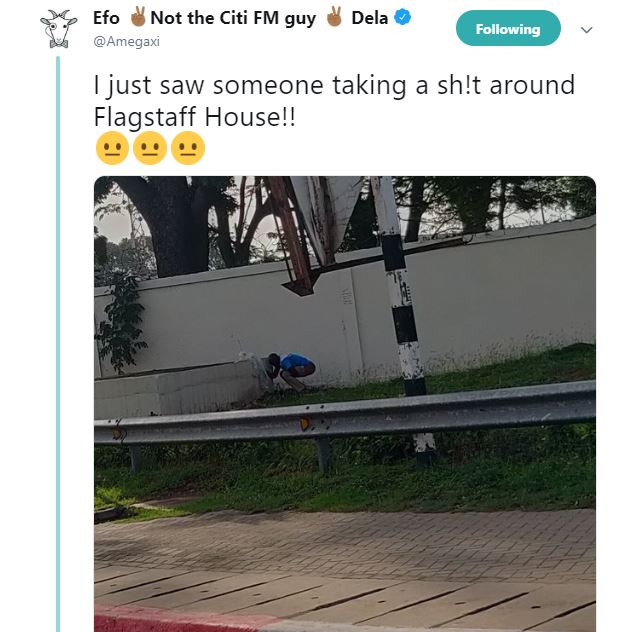