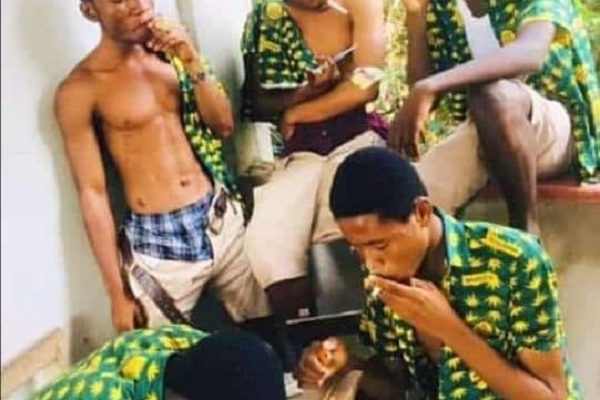 A photo making rounds on social media sees some male students of Mankessim Senior High School smoking wee on campus as if their lives depend on it.

The 5 students as seen in the photo donned their uniform and had their pieces in their hands ready to set it rolling.

One could also be seen injecting himself with an unidentified substance.

As the saying goes, "one bad nut spoils the whole soup" and that's exactly how others are or maybe seeing the rest of the students in the school

The photo which is going viral has many condemning their actions and called on the school authorities to deal with them drastically so as to maintain the integrity of the school.

It will also serve as a deterrent to other students who have plans of using their bad habits to deter parents from enrolling their wards in the school.

See the photo below; 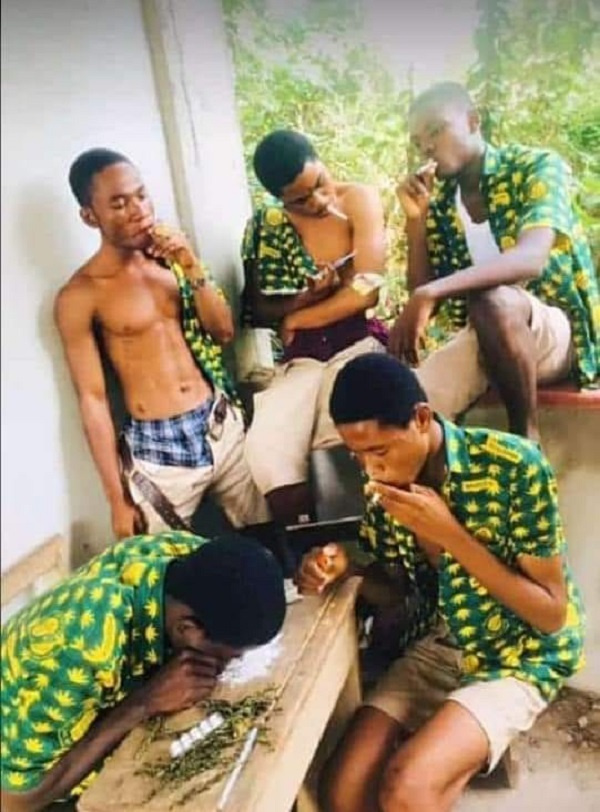