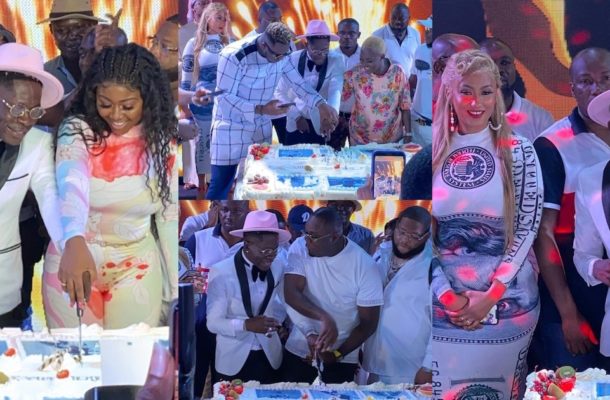 Photos and videos from the birthday party of Shatta Wale have popped up showing the Dancehall star’s first appearance at the party.

As part of his celebrations, Shatta Wale held a big birthday party in his ship house mansion at East Legon.

In new photos and videos Shatta Wale has been spotted at the party interacting with some of the guests.

Other stars included Hajia4Real, Salma Mumin, D-Black, and many more. After the interactions, the stars joined Shatta Wale to cut his huge birthday cake.

Below are some videos:

Meanwhile, Founder and Leader of Action Chapel International, Archbishop Nicholas Duncan Williams, has sent a lovely message to Shatta Wale as he celebrates his birthday.