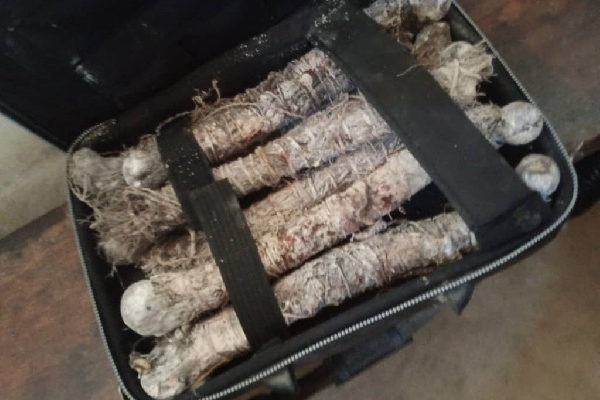 A 22-year-old taxi driver and his 20-year-old accomplice have been arrested by the police in the Eastern Region for possessing some mutilated bones suspected to be human bones.

The two suspects, Awatey David Okra (the taxi driver) and Amenuvor Nicholas (the accomplice) were accosted by some three residents of Kwamekyere, a community near Coaltar in the Ayensuano District on April 7, 2021.

He said Aware Isaac reported that on April 7, 2021, at about 10:30pm, upon intel received, they intercepted a Daewoo taxi cab with reg No. GE 5063-15 with Awatey and Amenuvor on board and driving from Suhum towards Kwamekyere.

"One other occupant managed to escape with a pan containing some unidentified materials and when a search was conducted in the taxi, it revealed a black suitcase containing some old bones suspected to be that of human bones.

"Suspects were re-arrested and when interrogated, they alleged to have been sent by one Djoka of Niifio near Suhum to deliver the suspected bones to a fetish priest named Gagba of Kwamekyere village.

"Police together with both suspects visited the shrine of the said Gagba but he was not met. Nonetheless, Police spotted a newly buried pot within the premises containing an old skull also suspected to be a human skull and a pan stuffed with fetish regalia.

"The suite case with the bones, the pot containing the skull, and the pan with its contents were retained for evidential purposes whilst the two suspects are detained for further investigation," the Police PRO narrated.

Sergeant Gomado said efforts are underway to trace and apprehend the other accomplices and also to send the bones and the skull to the Police Hospital mortuary for preservation, determination, examination, and identification. 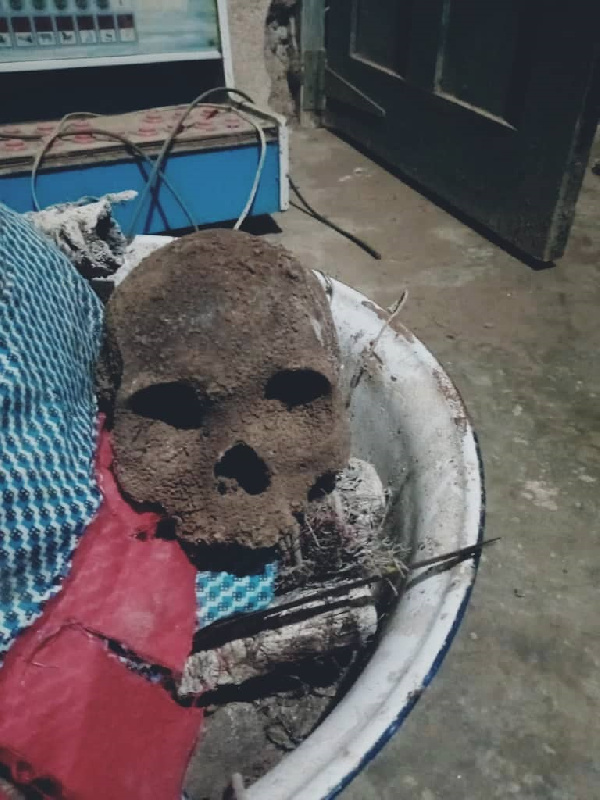