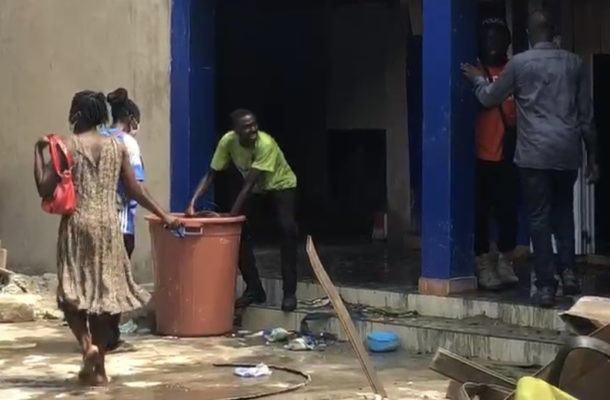 Fire has destroyed parts of the CMB Police Station at Accra Central.

The fire incident, which cause is yet to be known, is reported to have occurred around 12:pm on Friday, July 2, 2021.

The fire is believed to have started from one of the offices and extended to other parts, destroying office spaces and washrooms among others in the facility. 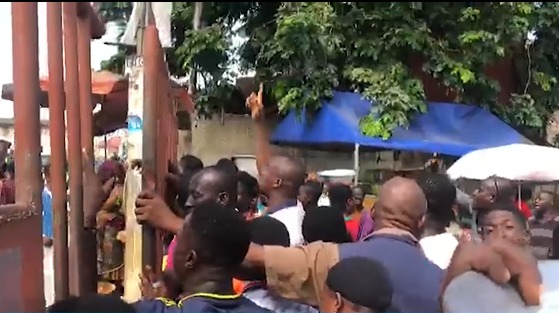 A witness, Eric Obeng, in an interview on Adom FM’s Kasiebo is Tasty, said the fire lasted about an hour.

However, there was no sign of the Ghana National Fire Service located a few meters away from the police station.

He alleged several calls placed yielded no results, forcing traders to get water and detergent to douse the fire. 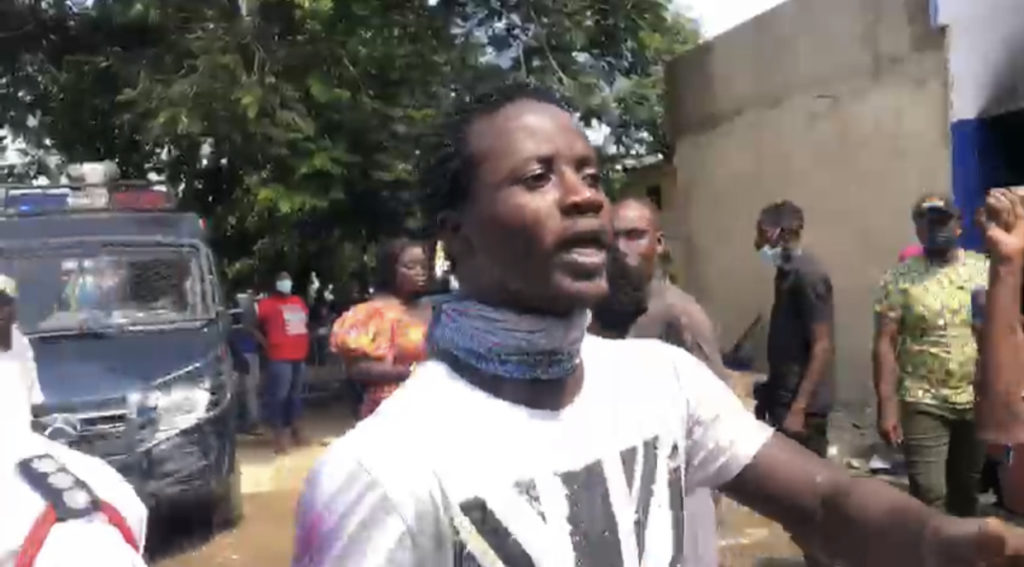 He narrated the inmates were moved to another room as the fire spread to other parts.