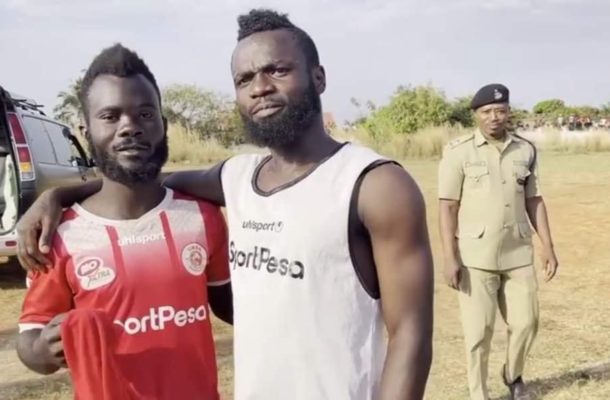 Ghanaian midfielder Bernard Morrison who plies his trade in Tanzanian for giants Simba SC has met his doppelganger.

The 28 year old Ghanaian has the last few years been plying his trade in the Southern African country and has been one of the best players in the league.

Pictures going viral on social media has seen the Ghanaian playmaker meeting a man who looks exactly like the talented football. 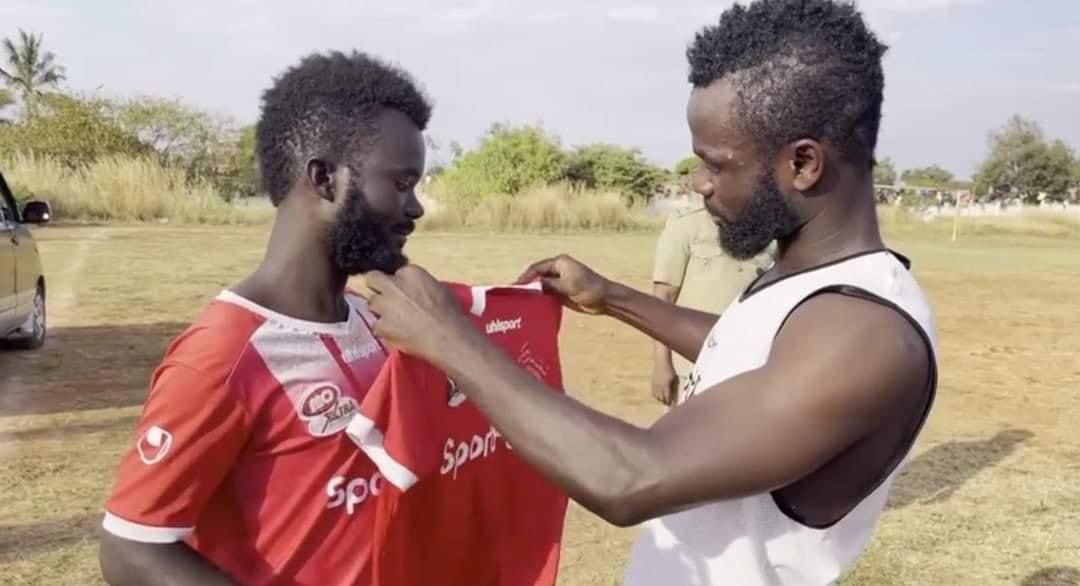 Morrison himself could not believe his eyes as he saw the striking resemblance between the pair who all have the same hair cut.

The former Orlando Pirates, AS Vita club player has been an integral member of Simba and is a fan's favourite among Simba supporters.

Star player Bernard Morrison helped his side beat fierce rivals Young Africans in the FA Cup over the weekend to win the treble.