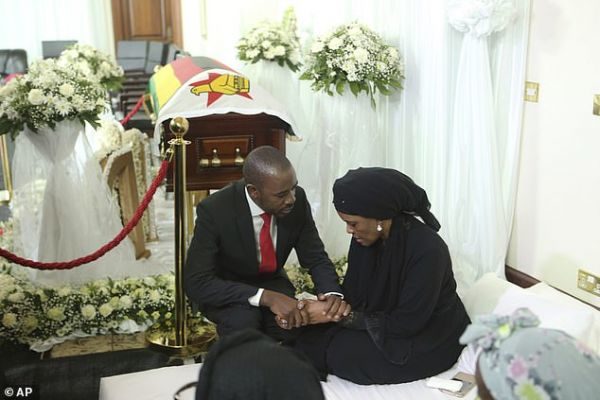 Grace Mugabe wept by her husband's coffin today after the body of Zimbabwe's former dictator was returned to his home in Harare - with his family apparently gaining the upper hand in a row about his funeral.

Mugabe, who died last Friday at the age of 95, has proved troublesome even in death with his family and his successor Emmerson Mnangagwa at loggerheads about how his burial should be handled.

Today his family insisted he would be buried in a private ceremony in his home village early next week - not, as Mnangagwa wanted, at the Heroes Acre shrine in Harare where a grave is waiting for him.

A family statement demanded that Grace, who was once a rival to Mnangagwa for the presidency, should be front and centre during the funeral.

At the Mugabe residence in Harare she sat by her husband's coffin and was consoled by opposition leader Nelson Chamisa on Thursday.

In the meantime, mourners will pay their respects to Mugabe's coffin at a stadium in Harare today. 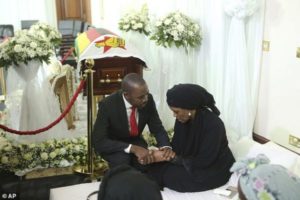