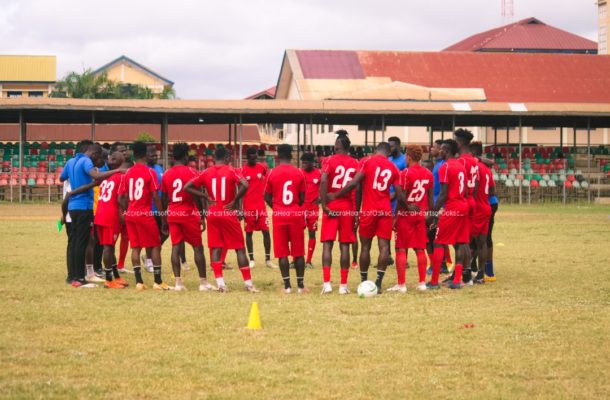 Accra Hearts of Oak embarked on their final training session on Tuesday in Bechem ahead of their match day 24 clash at the Nana Fosu Gyeabour Park.

The phobians have been enjoying some good spell recently and last weekend defeated struggling King Faisal by 2-0 in a hard fought contest.

Hearts have had blips on the road with the last one coming some two weeks ago against Dreams FC at the Dawu Park and will hope to avoid a similar spectacle.

Going into the fixture the home side have revenge on their minds as they were beaten 6-1 in the reverse fixture.