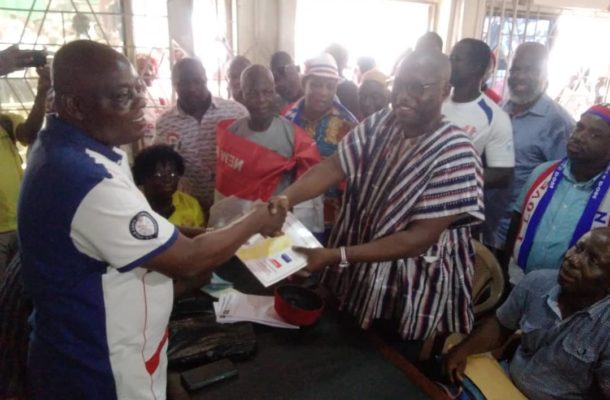 The incumbent Member of Parliament (MP) for Suhum Constituency in the Eastern Region, Frederick Opare Ansah, has filed his nomination forms to contest the upcoming Parliamentary Primaries of the ruling New Patriotic Party (NPP).

This is the fifth time he is contesting for the Suhum seat. 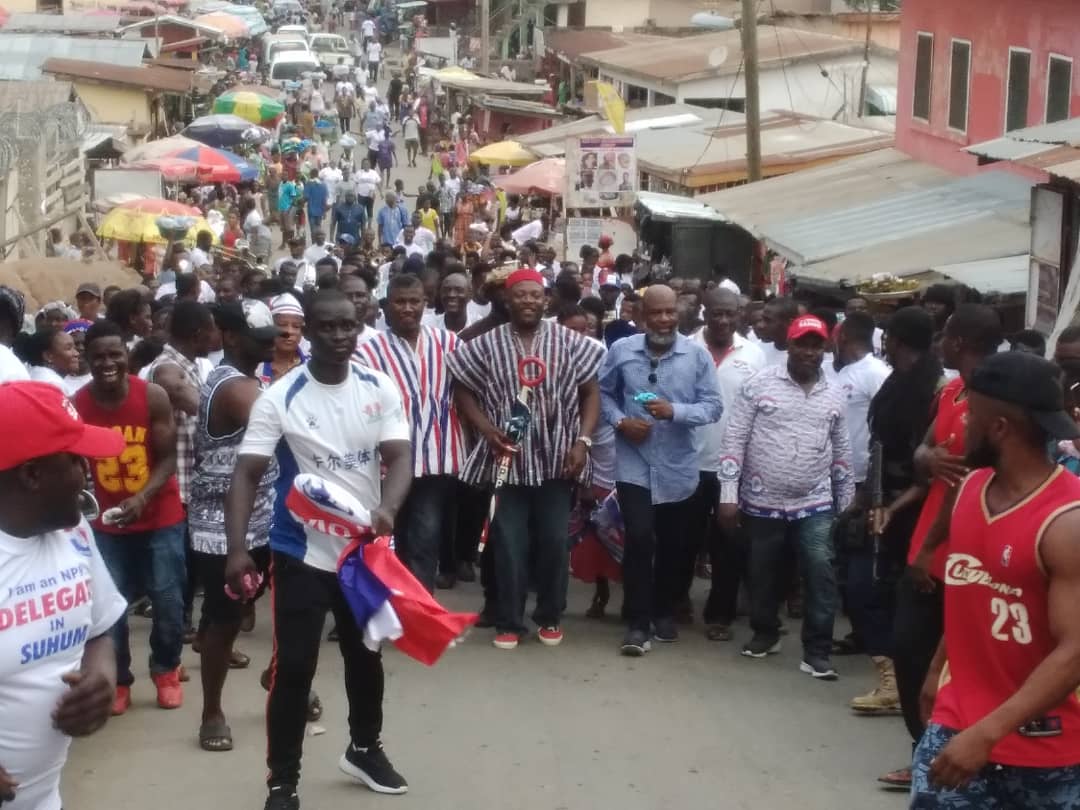 He was led with a huge crowd including the delegates and motor riders wearing his branded t-shirts with the inscription "I'm a delegate, I Support Opare-Ansah 100%". 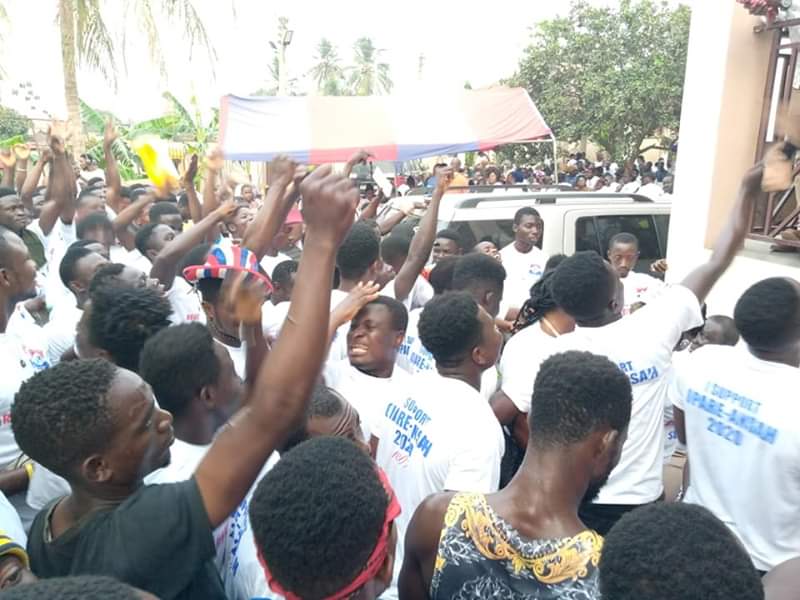 The principal streets were charged up as residents came out from their houses to catch a glimpse of the MP when they heard the motor riders blowing their horns. 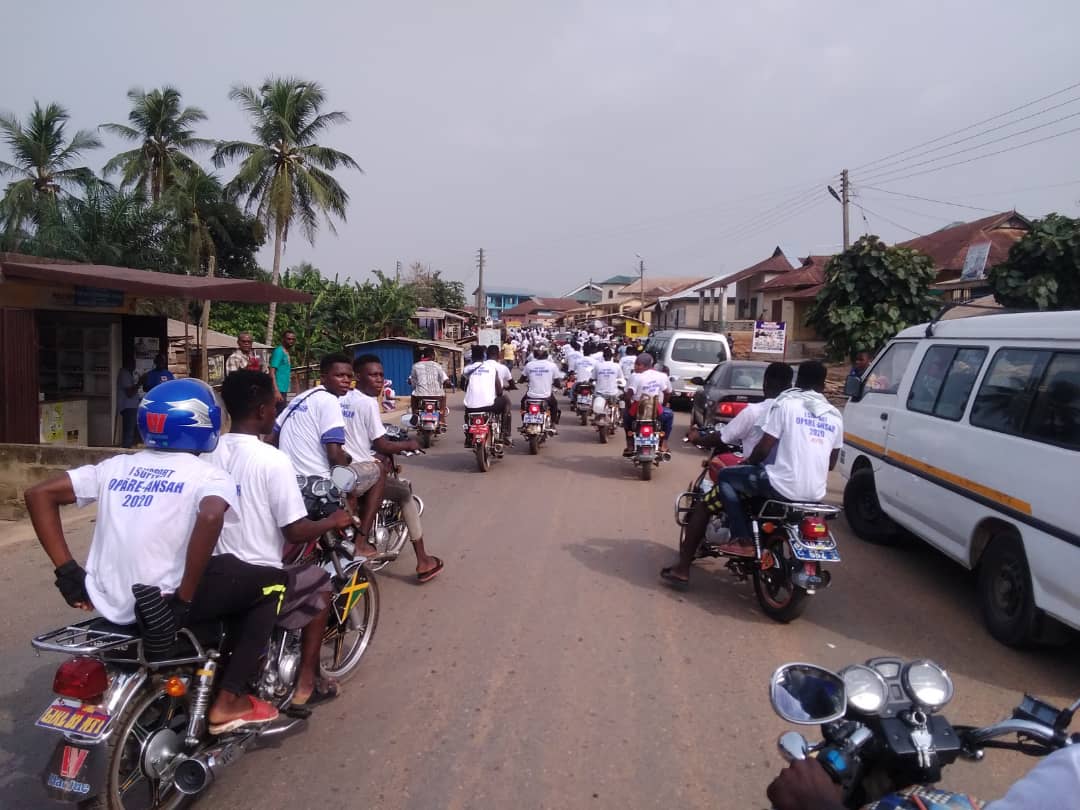 The float alone took him close to an hour before storming the Constituency office where he finally submitted his forms. 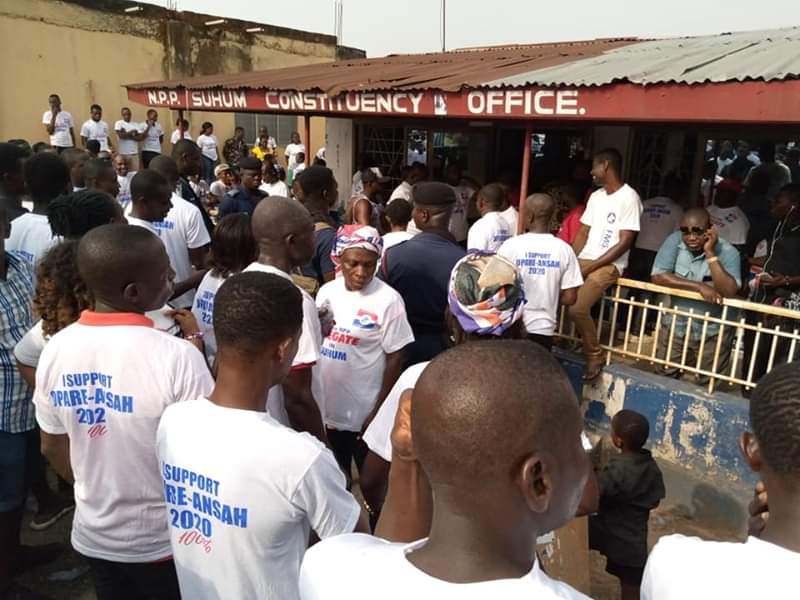 He was received by the constituency Election committee chaired by Ransford Agyapong who is the Chairman of Council of Elders. 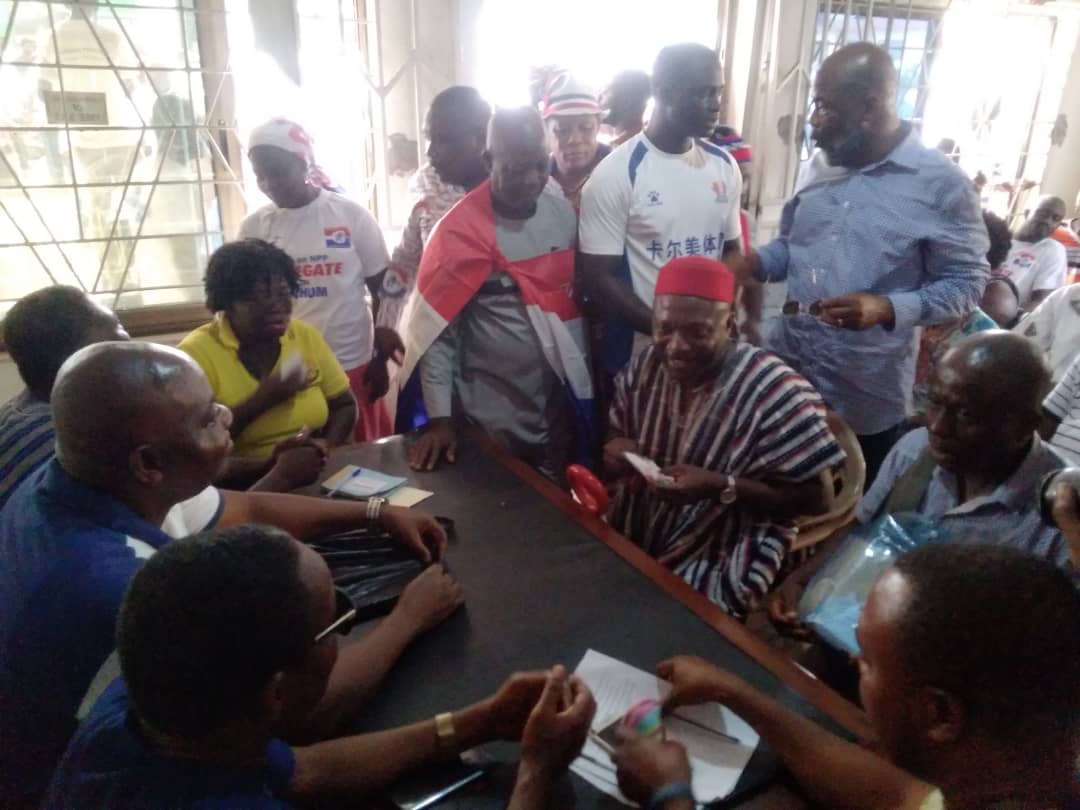 Speaking to journalists shortly after submitting his forms, he said he was propelled to go for the fifth time because he believes he has full support from the delegates.

"I'm sure delegates are 100% behind me looking at how they have rallied behind me while submitting my forms," he said. 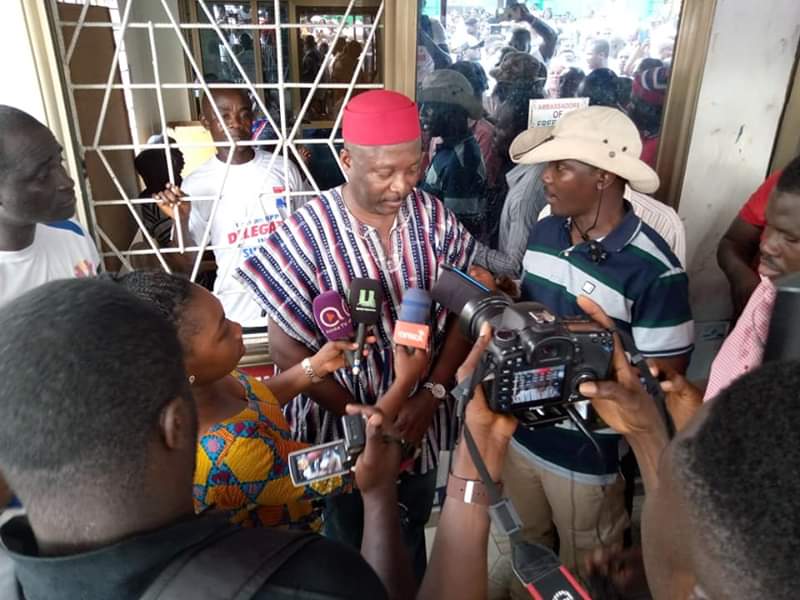 He said he was encouraged over how the delegates followed him to the party office which means he has not finished his work as an MP for the area, urging the delegates to give him the nod again come April 25, 2020.

According to him, having been in Parliament for about fifteen years without indulging himself in any bad thing is even an honour to Suhum. 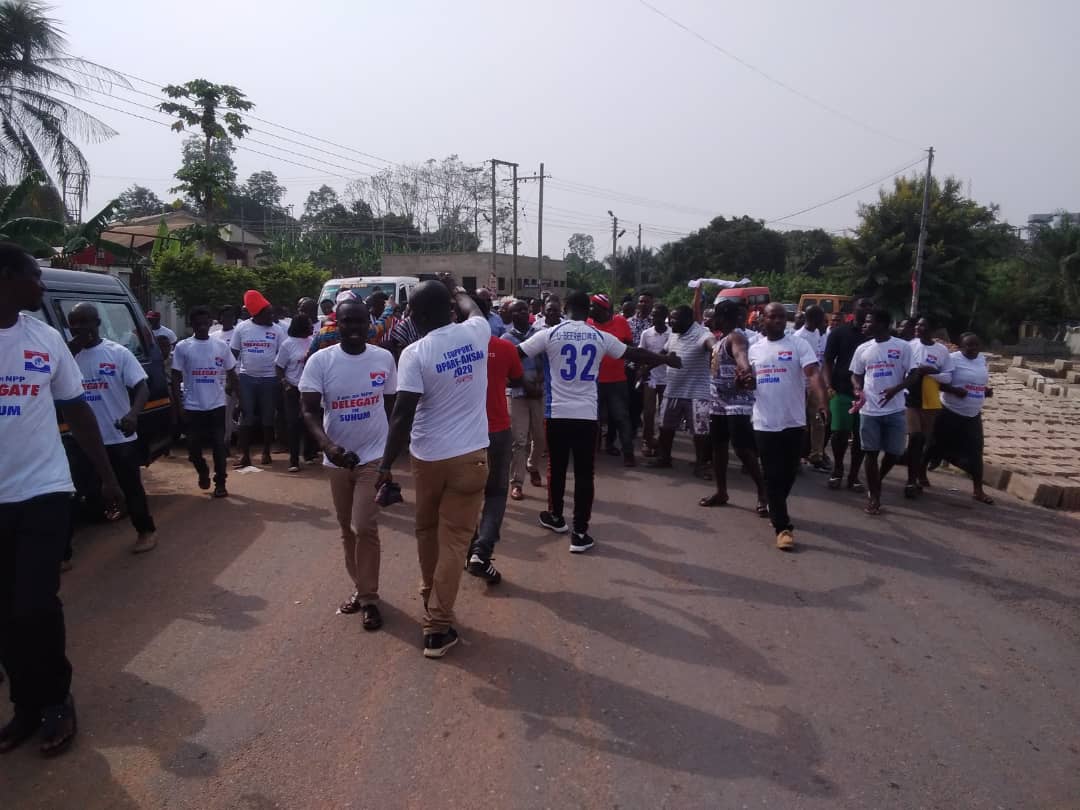 He revealed that the fourteen Constituency officers in the area paid for his nomination forms in his absence while on ECOWAS mission in the Gambia whereas fellow Parliamentarians like Afenyo Markin, Mark Asibey Yeboah, Patrick Yaw Boamah and a few others also paid for his filing fee of Ghc20,000 due to the mentorship he offered to them.

He expressed gratitude to delegates for spending their precious time with him while filing his forms. 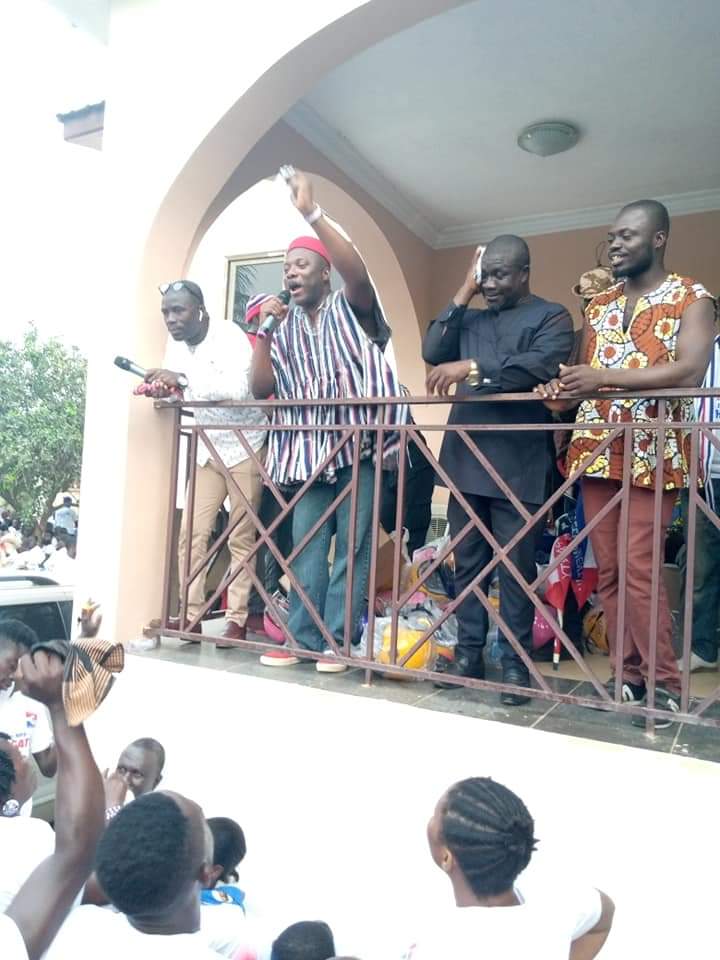 He commended the Elections committee in Suhum on how they have managed to do their work with due diligence that could lead to a rift between people.

He called on delegates to once again give him the nod to represent them as he believes a lot has been achieved under him and will provide more in the next four years to the people of Suhum. 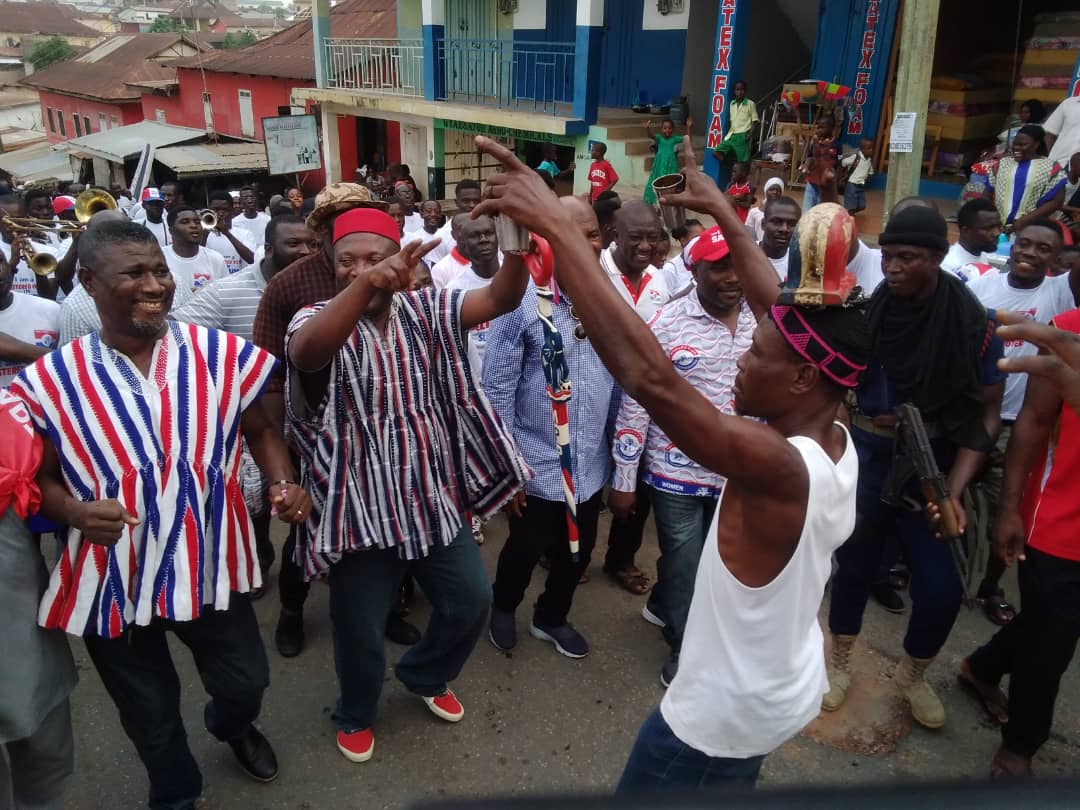 Frederick Opare-Ansah affectionately called Suhum Mugabe, who is being contested with one Kwadwo Asante Oboafo however urged his supporters to avoid insults, acrimonies etc. to get a clear campaign in the constituency.

Opare-Ansah, a student leader in the University at KNUST became an MP in January 2005 and was the former Deputy Minister of Communications in 2008 under the John Agyekum Kufour led administration.

He retained the seat and returned to parliament in 2009 and became Minority Chief whip from 2009 to 2013.

He has been a member of Ecowas Parliament since 2011 and was a Ranking Member for Communications committee from 2013 to 2017.

He is the current Chairman of the Communications Committee in Parliament.