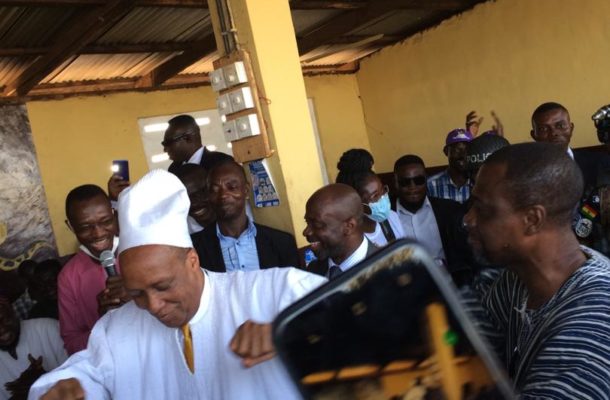 Independent presidential candidate Kwame Asiedu Walker has been enskinned as the Gooi zabli Naa of Lamashegu in Tamale at the Northern Region when he paid homage to Lamashegu Naa and Dakpema Naa during his campaign tour to the Region.

The chief of Lamashegu, Dadze Abdulai Ziblim-Naa stated that, Kwame Asiedu has come to separate the bout between the two dominant political parties in the country with the number twelve (12) on the ballot paper bringing together number one (1) and number (2) hence his motivation for enskinning him as the Gooi zabli Naa of Lamashegu. The conferred title was reinforced by Naa Fuseini Bawa of the Dakpema palace.

Dadze Abdulai-Ziblim Naa admonished the people of Tamale and Ghana as a whole to give Kwame Asiedu Walker the chance to become the first Independent President who is not party centered but puts the people who voted him into power first. He indicated that, he has faith in the JOY- Walker government, and believes, he will transform Ghana to be developed like the Western world playing emphasis on the role of tradition and culture.

Dakpema Naa advised Kwame Asiedu Walker to pay particular attention to the North because Northerners are trustworthy people. Adding that the people of the North will not go against him when they fall in love with him and will contribute massively to the success of his political journey.

Addressing the chief and his people, Kwame Walker stated that, chiefs in all Regions will be a part of the urban planning board and will be paid by government every two weeks to acknowledge their contribution in the development of their various communities. 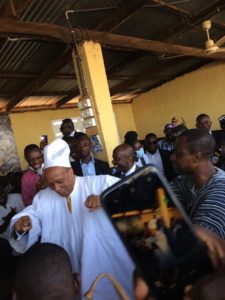 He reinstated his commitment in making jobs available for the youth to reduce the dependency ratio by re-opening the Public Works Department(PWD) and State Construction Companies(SCC) that was formally established by Dr Kwame Nkrumah the first president of the Republic of Ghana. He further said the youth in the various Technical and vocational training will be given international standard training and they will be employed and paid by the government every two (2) weeks.

According to the JOY-Walker government, economic liberation of women is very paramount therefore women will be economically empowered with jobs and government guaranteed loans to help boast their businesses with zero interest.
The aspiring vice president, Jacob Osei Yeboah expressed their gratitude to the chiefs and people of Tamale for their hospitality and acceptance. He encouraged Ghanaians to vote for Kwame Asiedu Walker come December 7th 2020.