PHOTOS: Kotoko supporters group donate items and cash to fan who paralyzed during ASEC clash in 1992 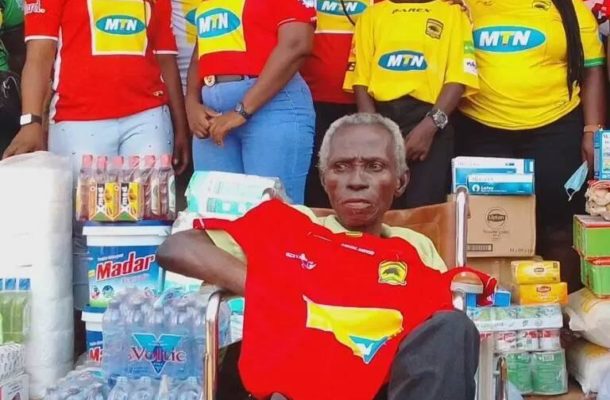 A Kumasi Asante Kotoko Supporters group based one WhatsApp called Kum Apem have made a donation to embattled Kwame Arhin a fan of the club who got paralyzed in the club's African Clubs Championship against Asec Mimosa.

In a fierce clash between West African rivals ASEC in the now Champions League clash Kotoko were struggling to beat ASEC  and it was perceived that there was 'juju' in the Ivorian post preventing Kotoko from winning.

With the stadium packed to the rafters, Kwame Arhin barged onto the pitch and went into the post to remove the said 'juju' before Kotoko scored the winner to make it 3-2.

Arhin got sick and subsequently got paralyzed with many attributing it to him entering into the goal post of ASEC.

In the eyes of many Asante Kotoko supporters he was a hero but Arhin was left to his fate to suffer alone.

In a recent interview, the ardent Kotoko fan pleaded with supporters of the club to come to his aid as he is suffering.

The group donated items that included consumables,foam mattress,foodstuffs,brand new wheelchair amounting to more than GHC5000 to Kwame Arhin while also adding a cash sum of GHC2000 at his residence at Feyiase.

Chairman Solomon Ofosu Ware bemoaned how the club have for so long neglected one of their own for so long.

“It is absolutely unfortunate incident, and what is more scrupulous is how for so many years he has been neglected.

“We are here to support the club and situations like this one. We will continue to offer our widows mite to provide relief for him”, he said. 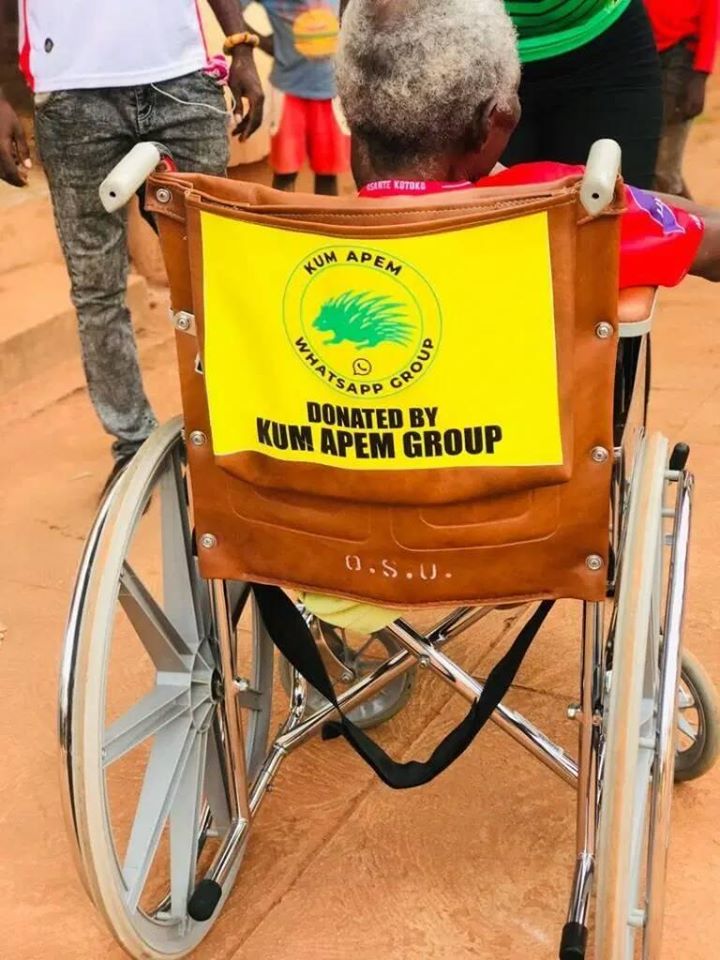 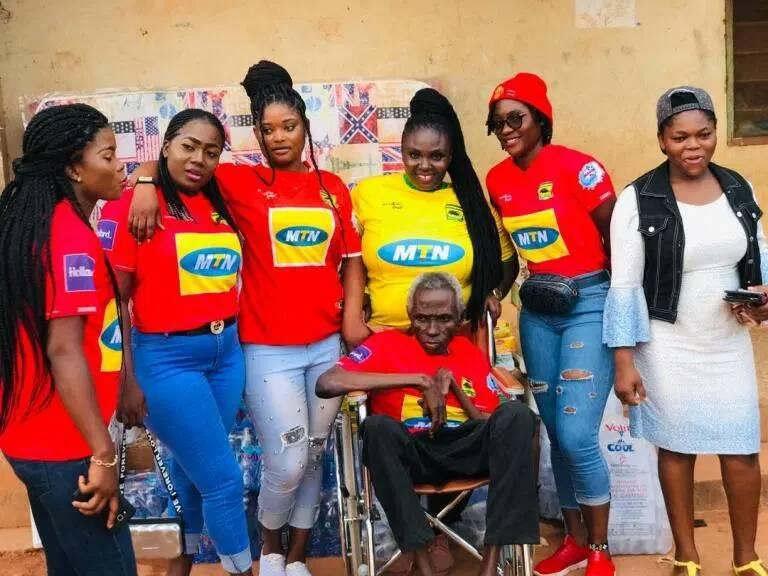 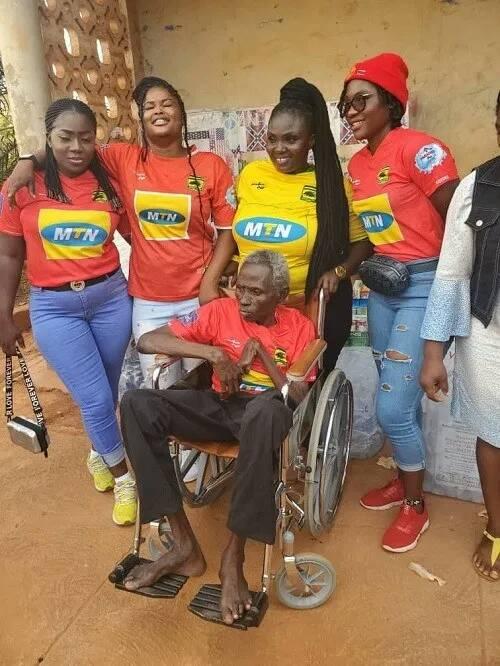 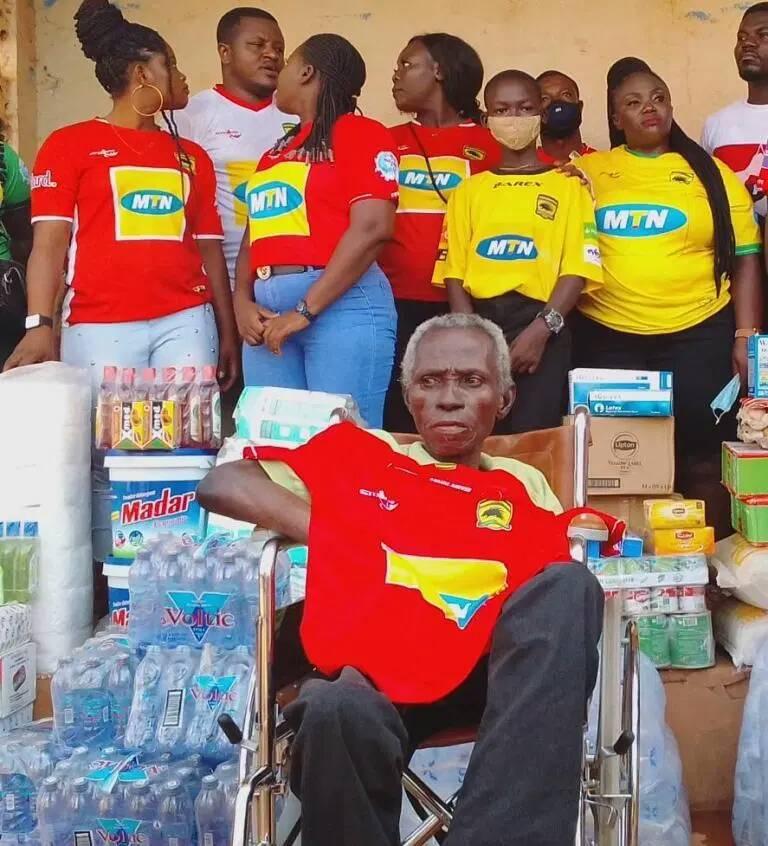 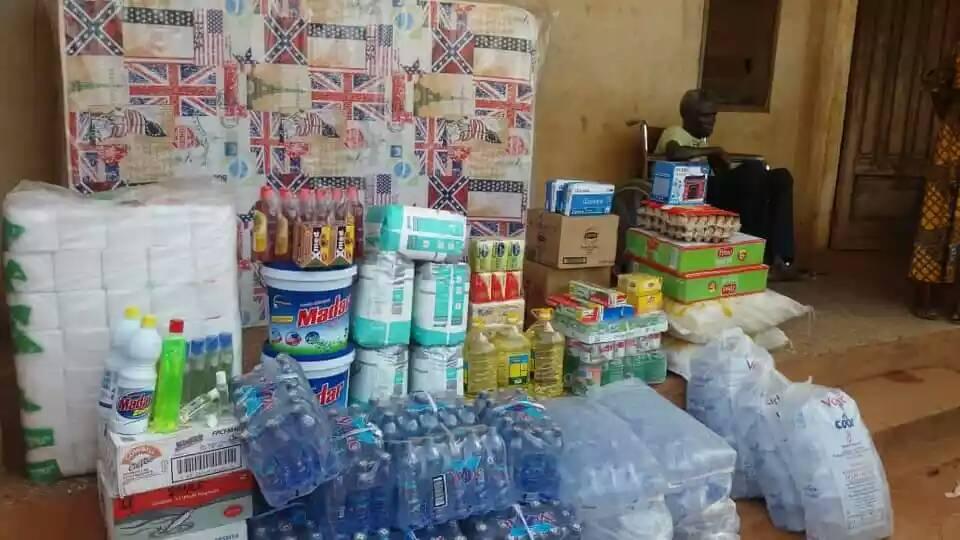