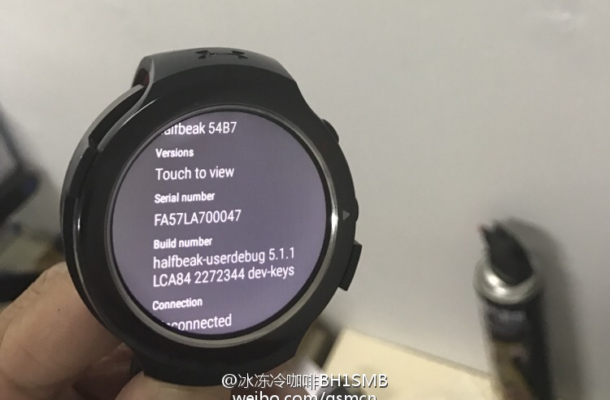 Android Wear is in a bit of a weird place right now. Google recently delayed the 2.0 update of the software until sometime next year, and major hardware partners like LG, Lenovo, and Huawei are all planning on sitting out on any new hardware releases this fall.

But years after images of an HTC-built Android Wear prototype leaked out, it looks like the company may finally be entering the smartwatch arena with a batch of leaked pictures of a new, circular "Halfbeak" watch. The photos show both HTC and Under Armour logos on the watch, along with what looks like a heart rate sensor, which makes sense given HTC’s previous partnership with Under Armour on the HealthBox kit of fitness hardware.

Barring any official announcement from HTC or Under Armour, it's hard to say when (or if) we'll find out more about the Halfbeak. But after over two years of waiting to see HTC's smartwatch efforts, we can probably afford to wait a little while longer.