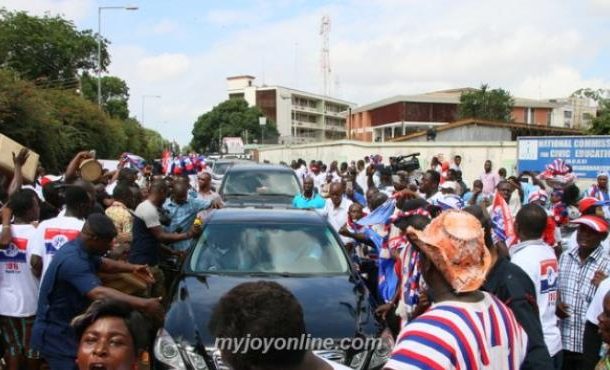 Supporters of both the governing National Democratic Congress (NDC) and the New Patriotic Party (NPP) went on a  Jamboree in front of the Electoral Commission (EC)'s office during the filing of nominations by their leaders Thursday, pictures from myjoyonline indicate. NPP leader with section of the media This woman demonstrates the queenly style of her party - NPP