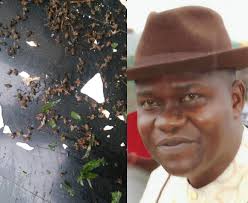 The Abuja home of a Nigerian politician in Abuja, Hon. Halims Agoda has reportedly invaded been by thousands of bees early this morning.

This comes two days after the Election Petition Tribunal panel 1 declared Agoda winner of the election and ordered INEC to issue Certificate of Return to him. 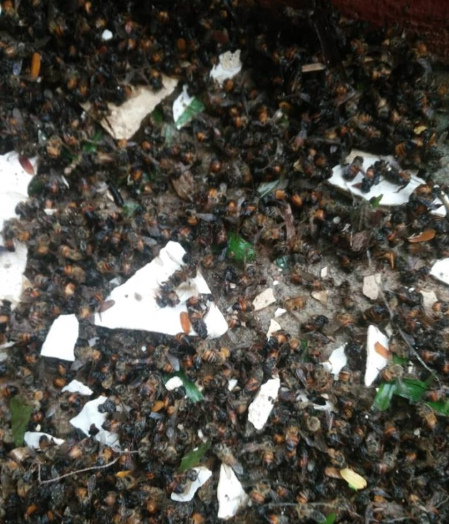 If God be for us, who can be against us? Nobody!!!

Rt. Hon. Halims Agoda's victory is from God so no weapon fashioned against him shall prosper. Every spiritual attempt to kill Hon. Halims Agoda will be fruitless. Every evil arrow will return back to the sender. He is a Man of the People and a sincere Leader. As God lives, no evil shall come near him. 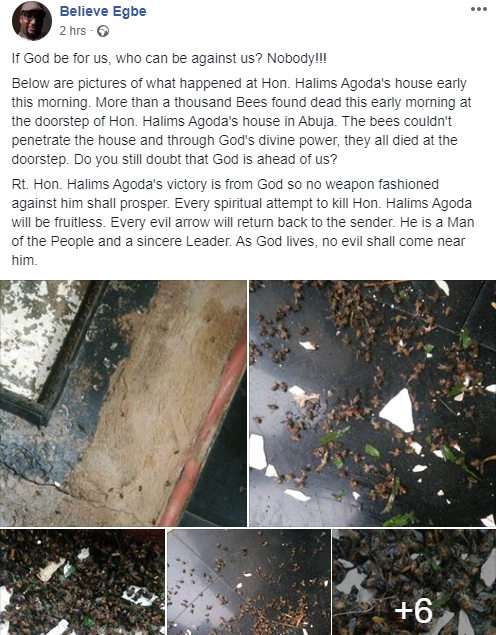 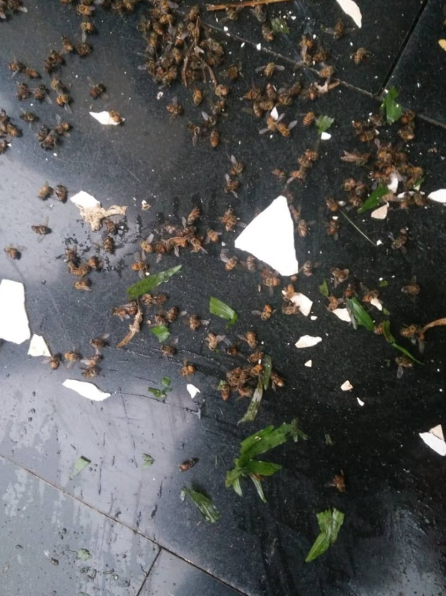 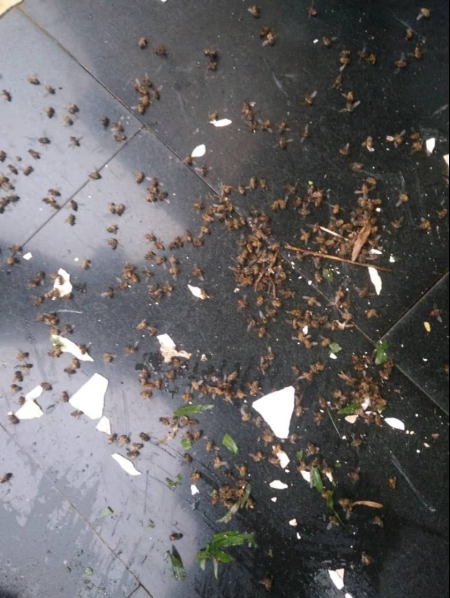 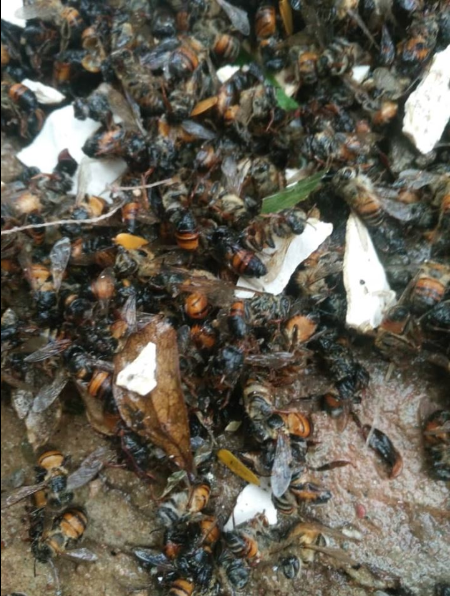