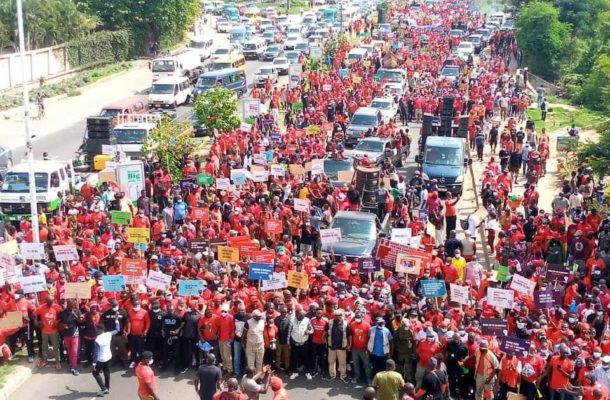 A shot from the 'March for Justice' demo in Accra

Hundreds of supporters of the National Democratic Congress (NDC) on Tuesday morning hit the streets of Accra to protest what they say is injustice in Ghana under the watch of President Nana Addo Dankwa Akufo-Addo.

Some protestors arrived at the started point as early as 5:00 am.

The protest march is moving through the Liberation Road to Opeibea House through Aviation road through to the Lands Commission.

They will then proceed to the Flagstaff House through the Switchback road, use the Ako Adjei interchange through to Parliament House.

Wearing red and black, some of the protesters are holding placards with various inscriptions including, “Akufo-Addo, you are a dictator”, “Kum Yen Preko”, “We feel your silence Akufo-Addo and Bawumia”, “Ghanaian lives matter”, “Ahmed Suale deserved to live”, “No justice for the dead”, “no peace, #WeAreAllKaaka”, among others.

A press statement signed by the General Secretary of the NDC, Johnson Asiedu Nketia on Monday, July 5, 2021, said “The march will also signal the beginning of public sensitization activities to compel the government to rid the security agencies of NPP hoodlums and misfits who have been recruited and are being used to terrorize innocent and peace-loving Ghanaians.

He said the march will also be in solidarity with the silent majority of security personnel who are concerned about the undue politicization of recruitment and appointments to the detriment of professionalism and discipline. 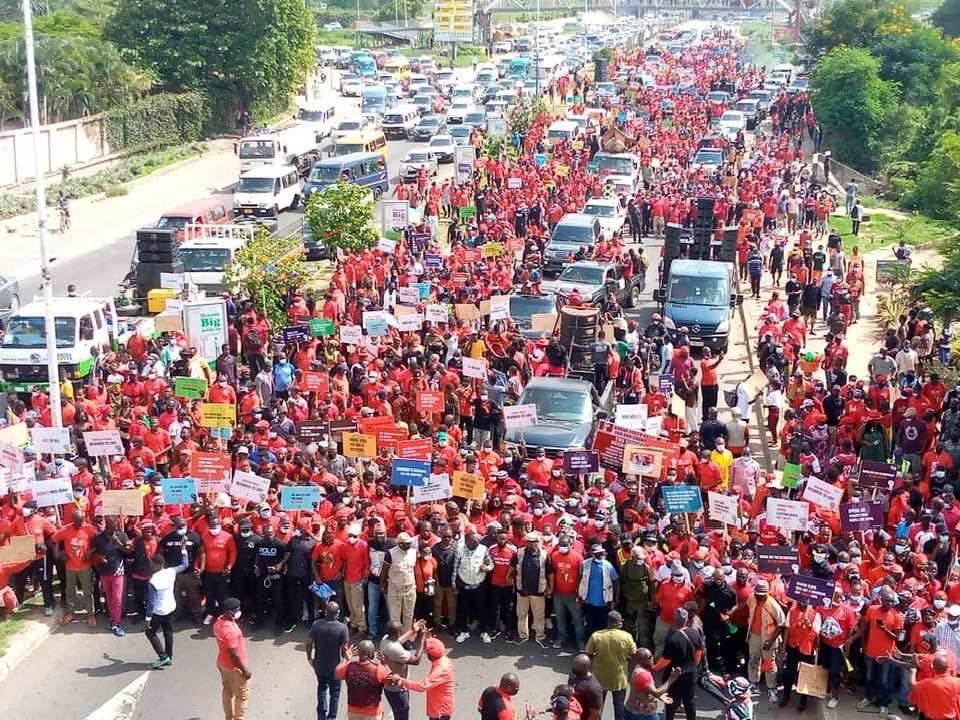 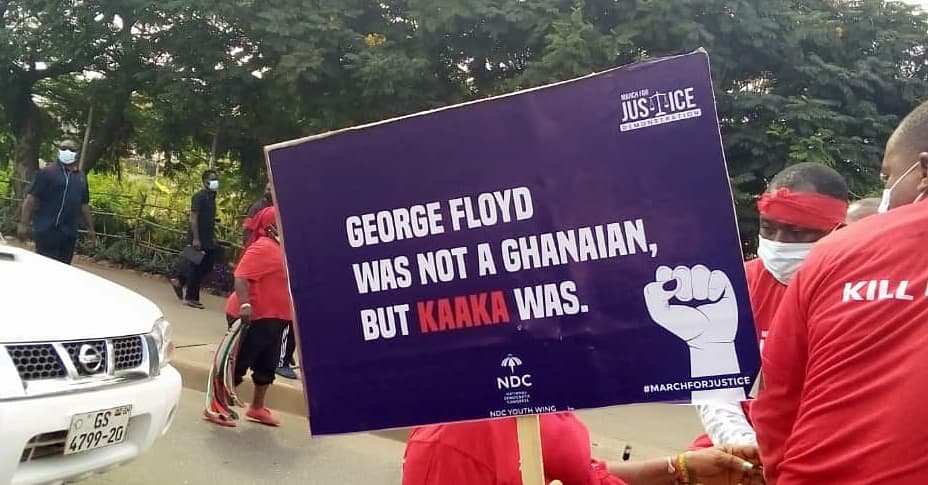 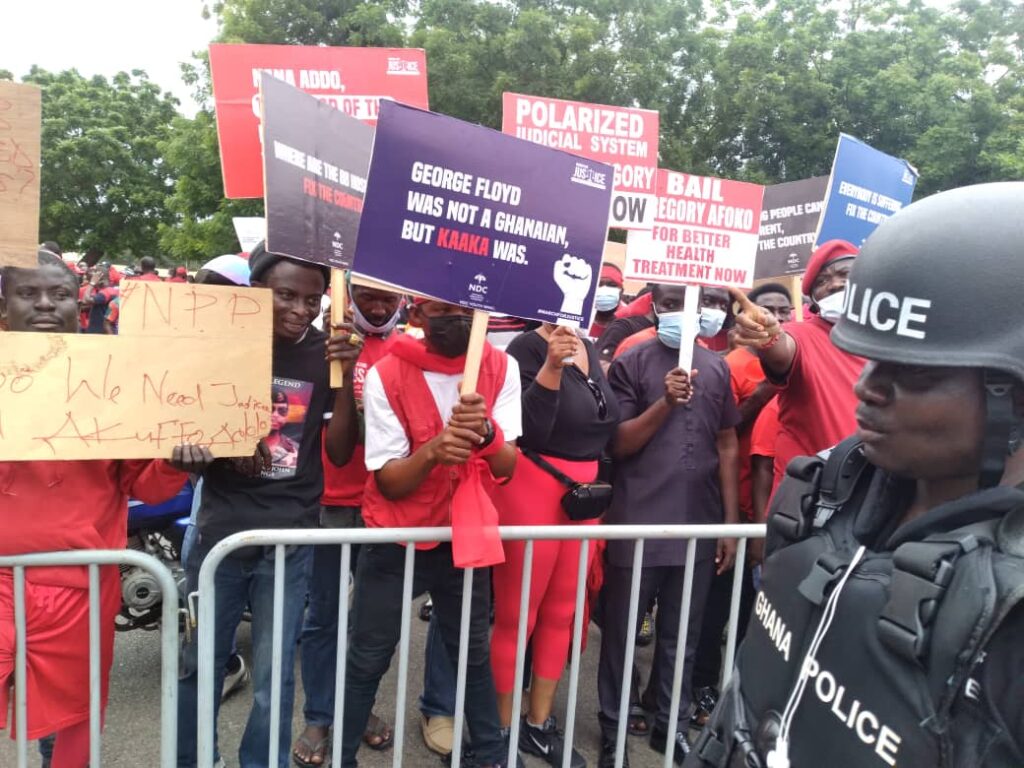 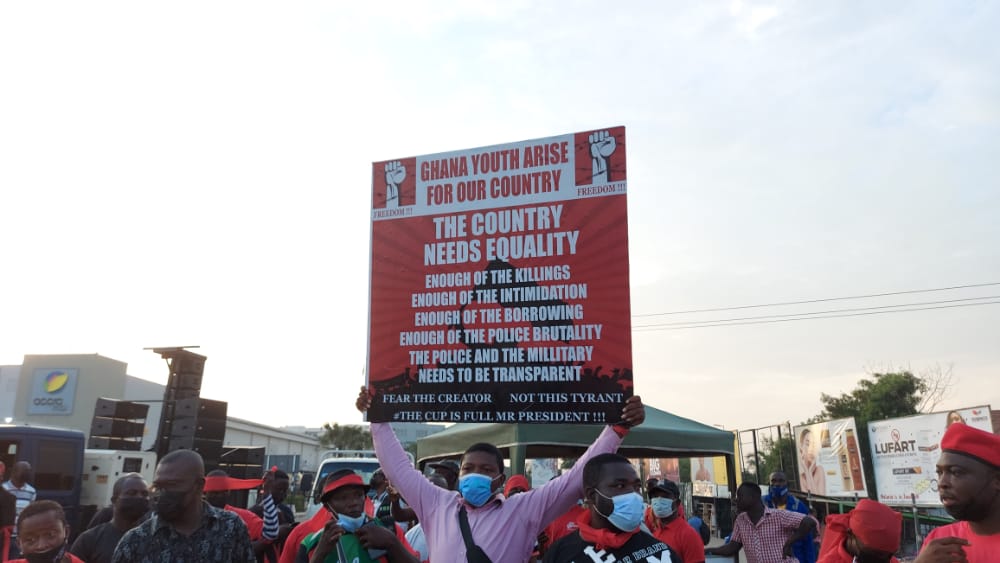 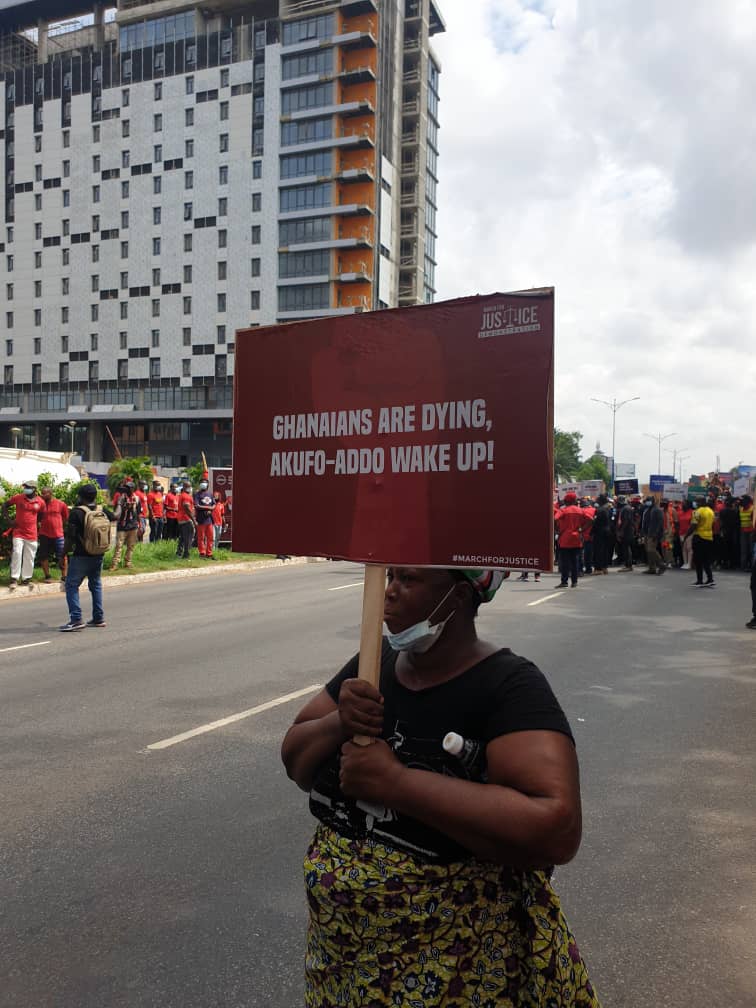 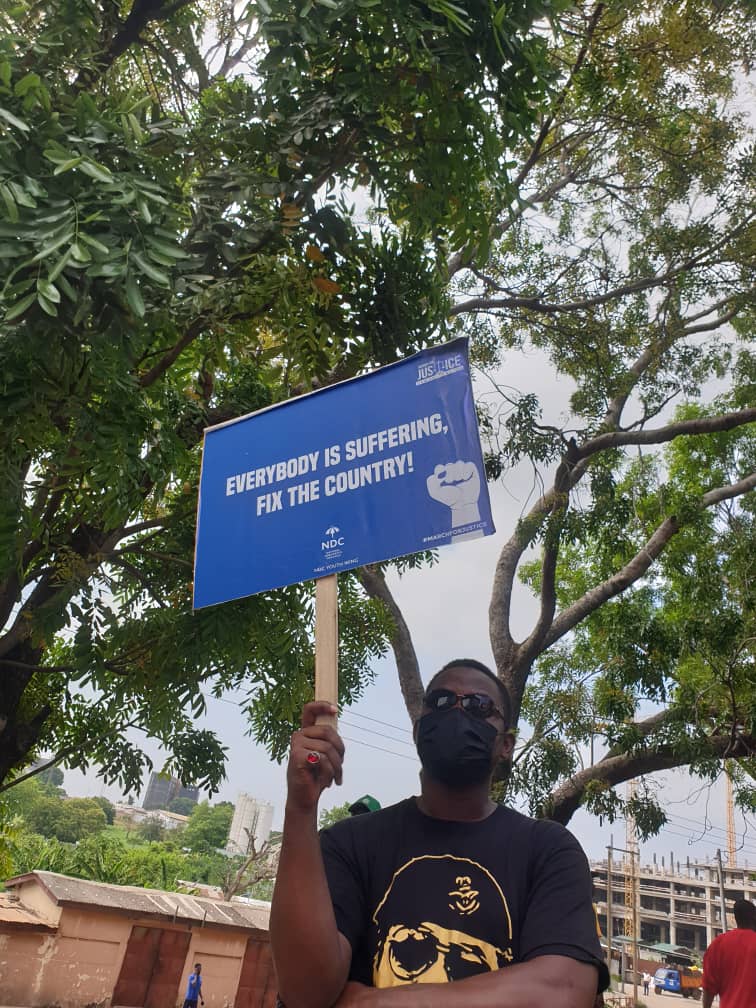 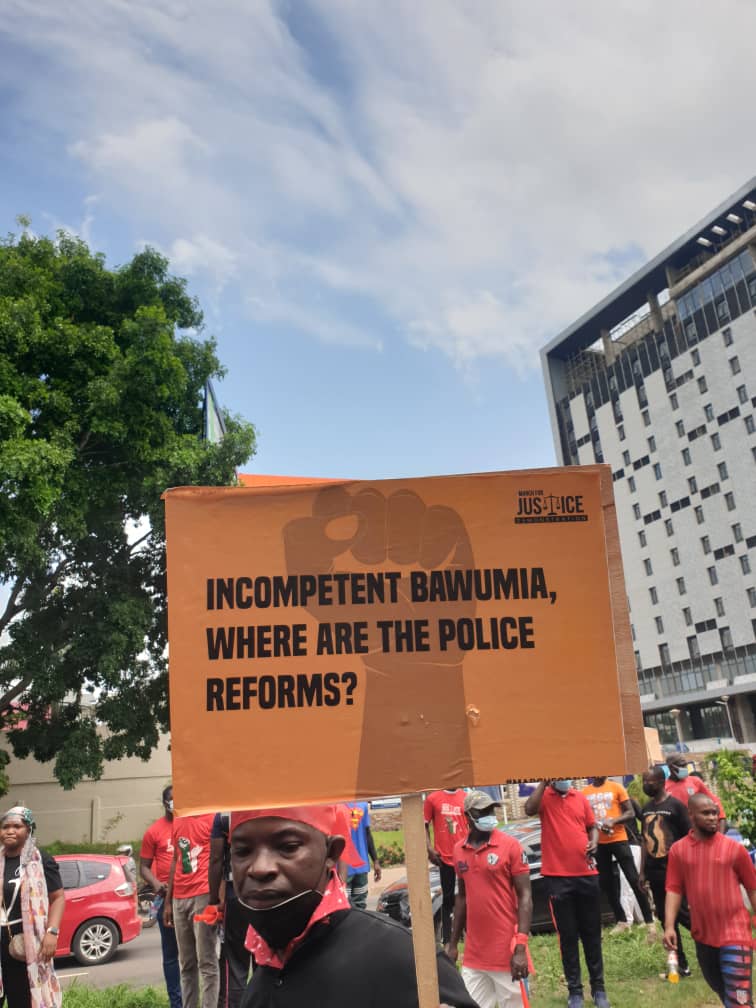 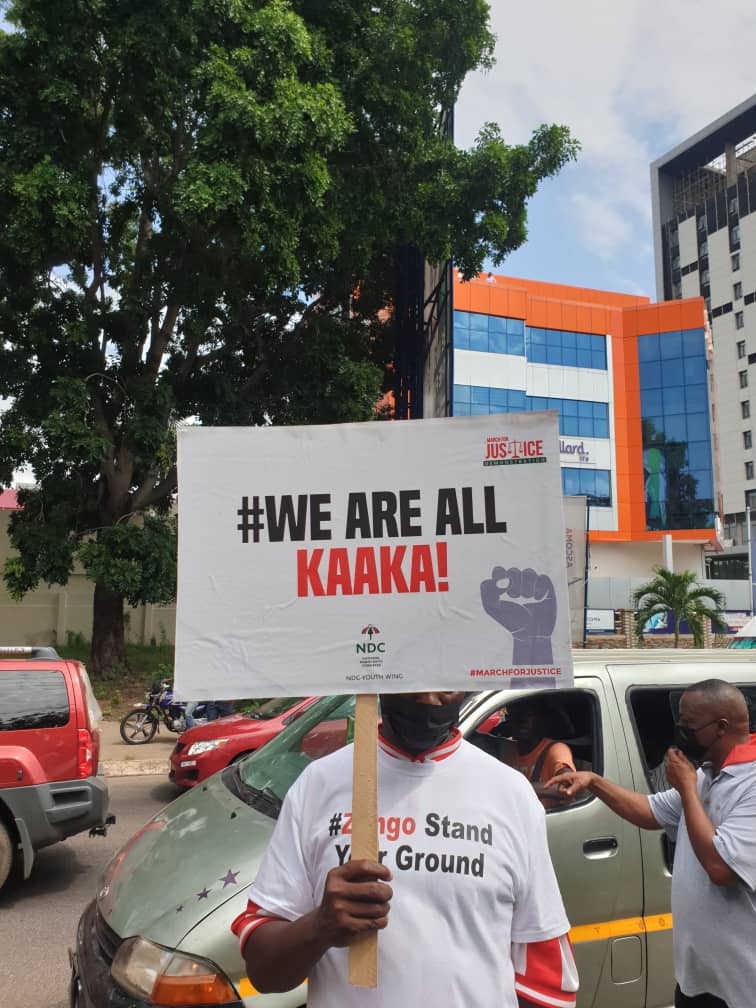 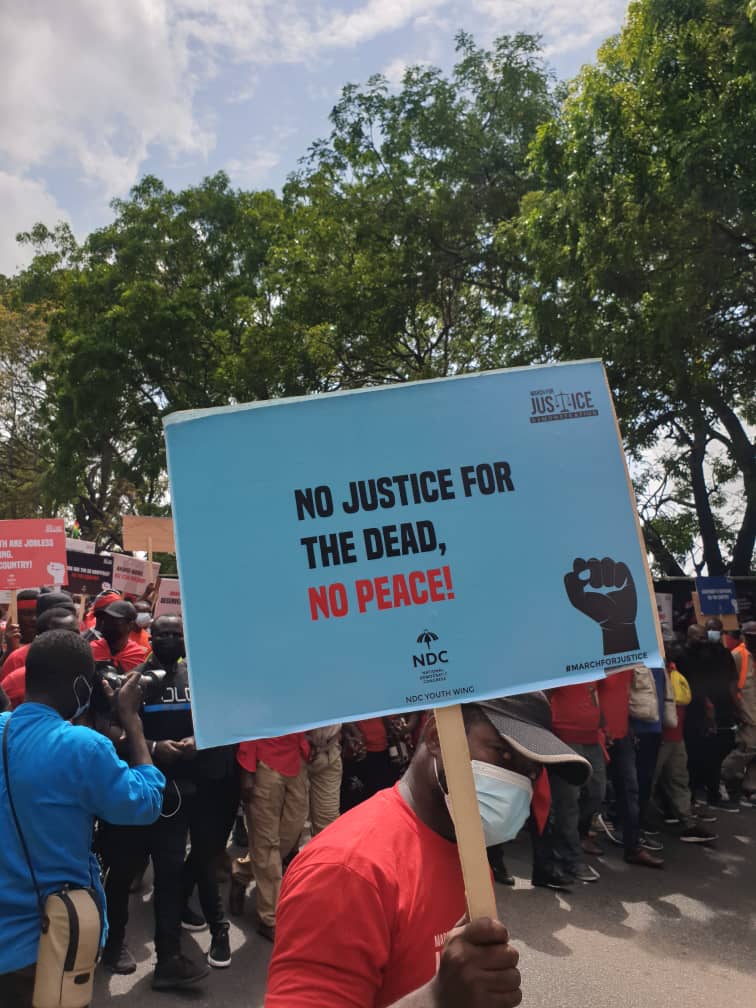 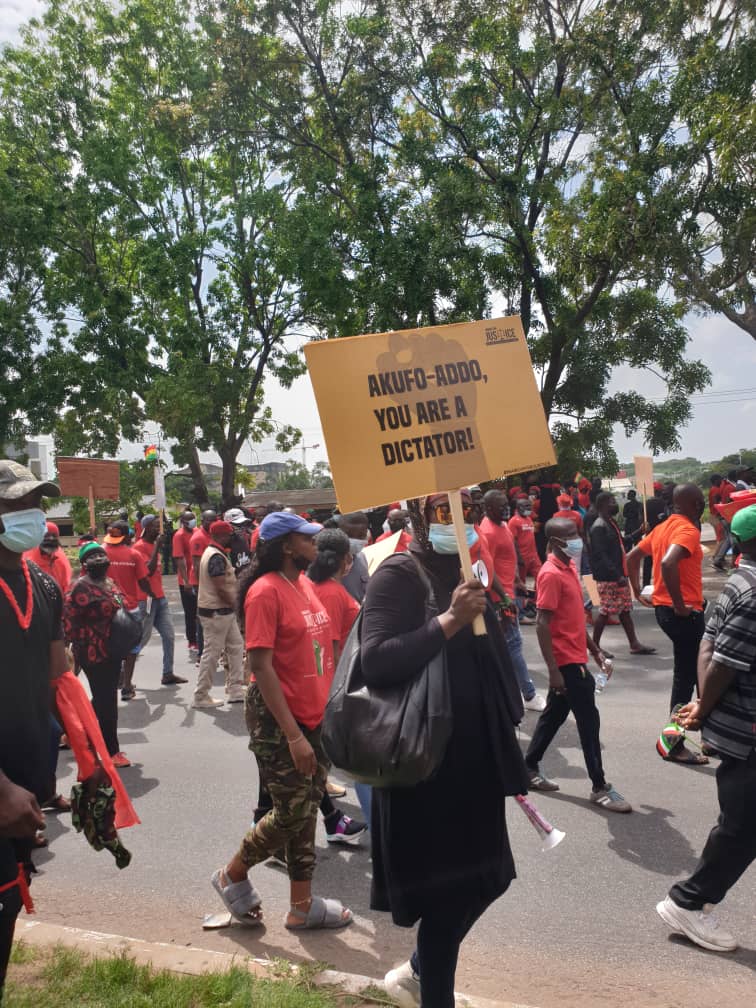