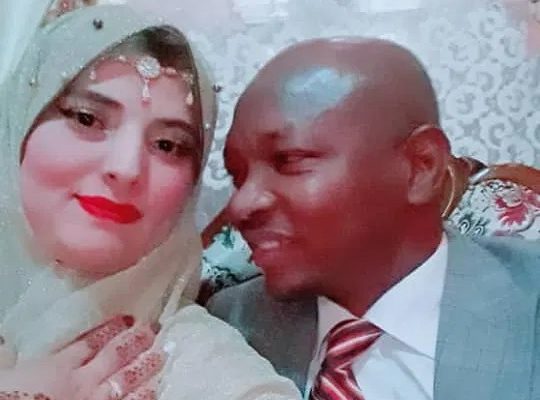 Ras Mubarak and his new wife

Member of Parliament (MP) for Kumbungu Constituency, Ras Mubarak has married an Algerian Biochemist as his second wife.

According to Chief Executive Officer (CEO) of Irbard Security Consult, Alhaji Irbard Ibrahim who posted an image of the newly wedded couple on his Facebook timeline, the bride is an Arab biochemist from Algeria.

He added “My unapologetic polygamist 1st cousin and MP for Kumbungu has taken a second wife in accordance with Islamic teachings.

Our second wife is an Arab biochemist from Algeria. Just like Dr Nkrumah tapped into the Arab breed by taking Egyptian Fathiyya and remains a great man in history, may my cousin’s new Algerian wife bring more blessings to him, the family, Ghana and his political career. Love is in the air”

It would be recalled that in February 2018, the lawmaker walked down the aisle with one Huseina, daughter of the Member of Parliament (MP) for Asawase, Alhaji Mohammed Muntaka Mubarak in Kumasi, the Ashanti Regional capital.

A man under the Islamic custom is obliged to marry more than one if he is capable of catering for them. It is however frowned on to marry beyond four.

Sources close to the couple disclosed the first wife of the former Reggae Presenter is also student nurse at the Tamale Nursing and Midwifery College.