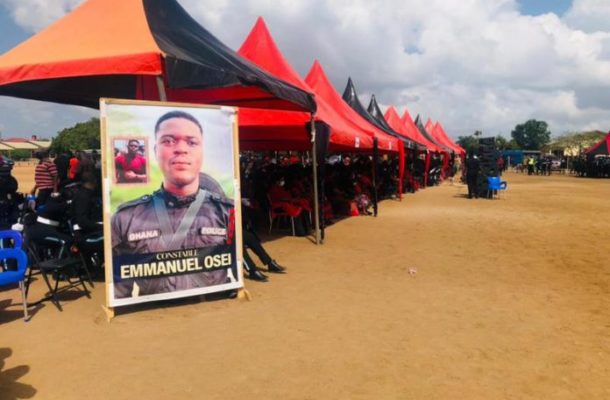 The final funeral rites of Constable Emmanuel Osei, who was killed in a bullion van robbery at Adedenkpo near Jamestown, is underway.

The interior Minister, Ambrose Dery and other high profiled personalities are present to mourn with the family.

The funeral is ongoing at the Nyanyano Kakraba School Park in the Gomoa East District of the Central Region.

It was a difficult moment for family and sympathisers as the body of the young policeman was laid in state.

Residents and family, who were still in a state of shock over his death, struggled with tears as they file past his body.

The policeman, who was on a bullion van escort duty, and a hawker, Afua Nadu, were shot to death on Monday, June 14.

This was after armed robbers trailed the van in a taxi and on a motorbike and upon arrival at a less crowded location, fired indiscriminately, killing them instantly.

With no arrests made so far, the Ghana Police Service announced a GHC 20,000 bounty for anyone who could offer information which will lead to the arrest of the perpetrators.

Below are some photos: 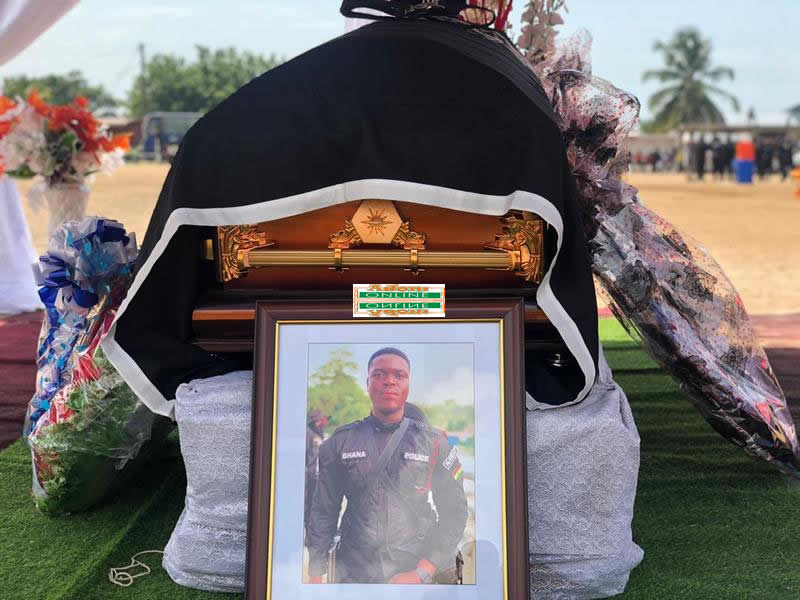 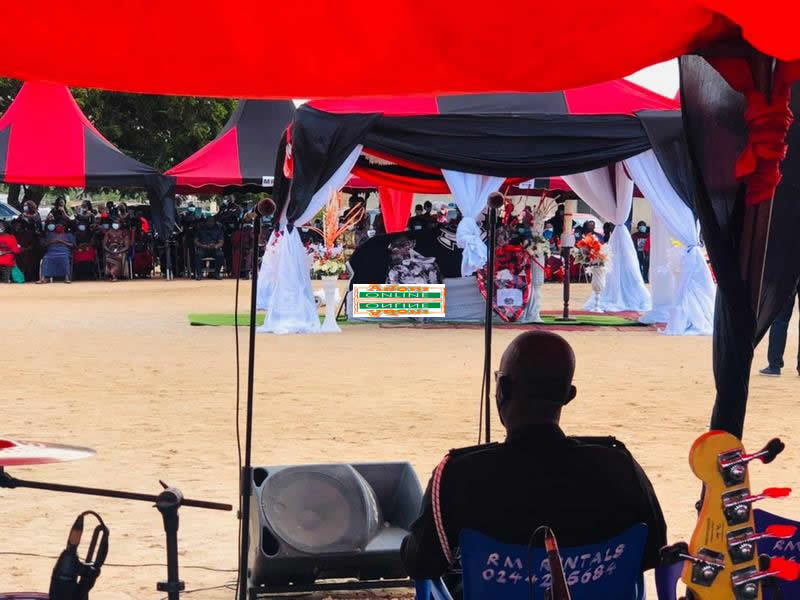