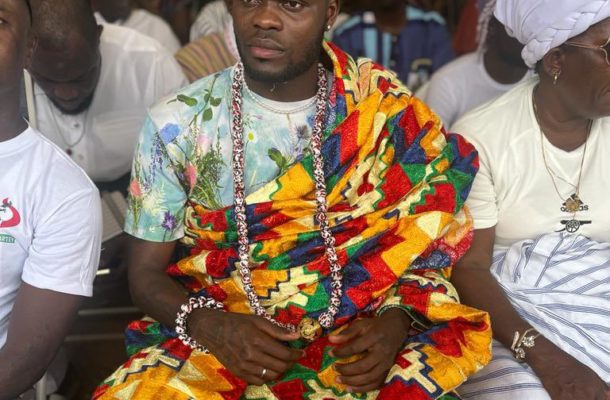 Ghana and Arsenal midfielder Thomas Teye Partey has been named as the development chief of his native home of Manya Krobo.

The grand ceremony was held at Odumase Krobo where the defensive midfielder was decorated and enstooled.

He has been named 'Mahefalor' which means " Defender of Krobo Traditional Area", whiles his goal that sent Ghana to the 2022 FIFA World Cup was also cited.

The Arsenal midfielder was handed a citation before he was paraded through the principal streets of the town.

Thomas Partey sustained an injury at the tail end of last season in a 3-0 defeat to Crystal Palace at the Selhurst Park forcing him to miss several weeks getting to the end of the season.

Partey missed the 2023 AFCON qualifiers due to an injury but will be hoping to be fit in time for the mundial in November. 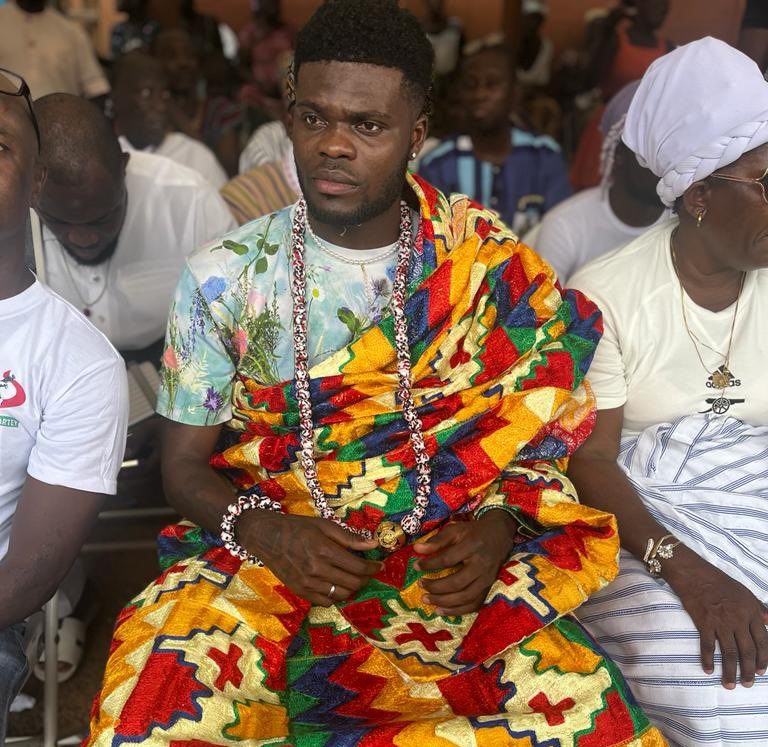 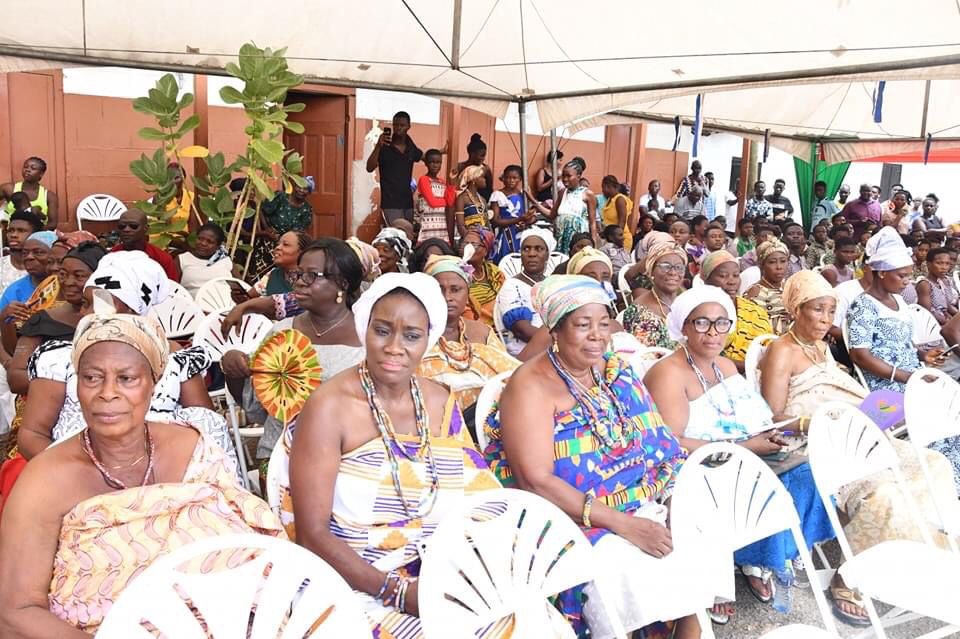 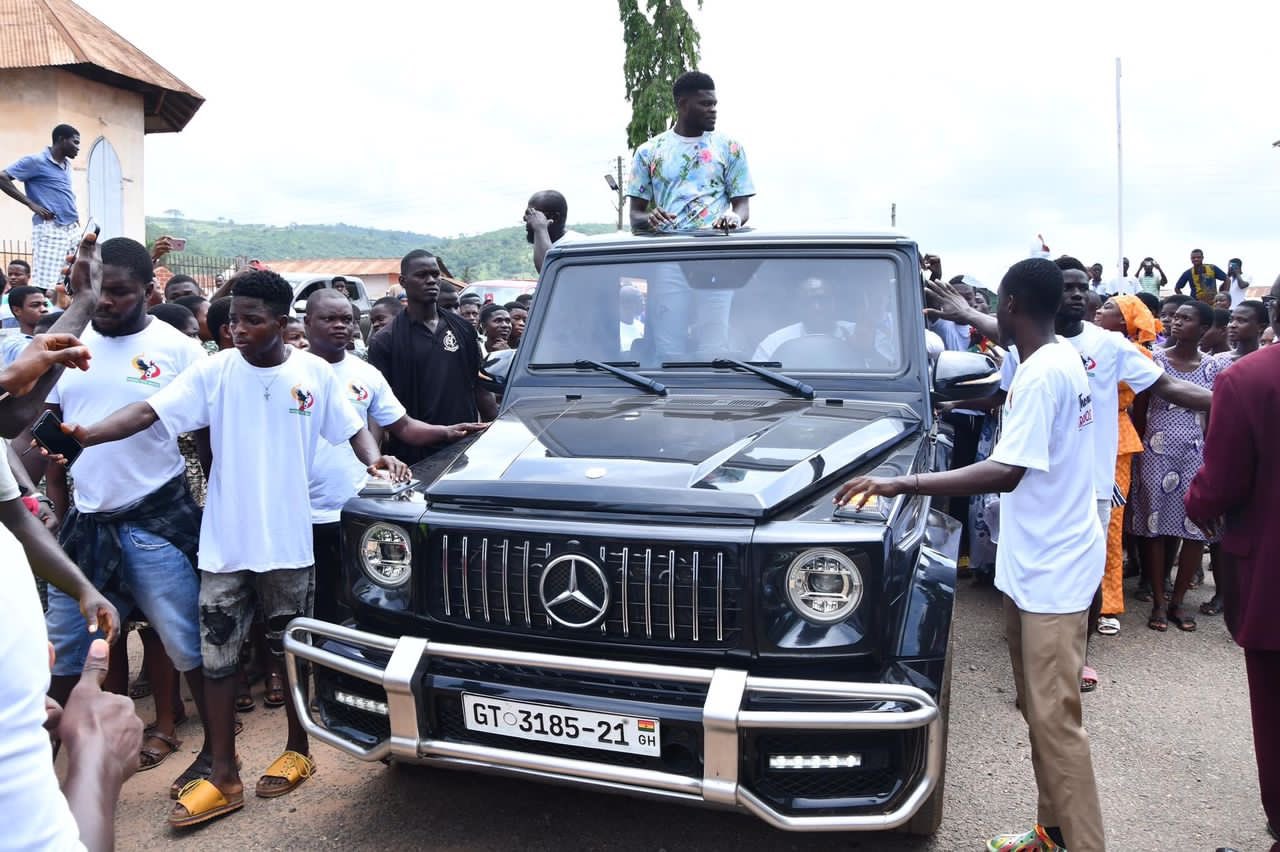 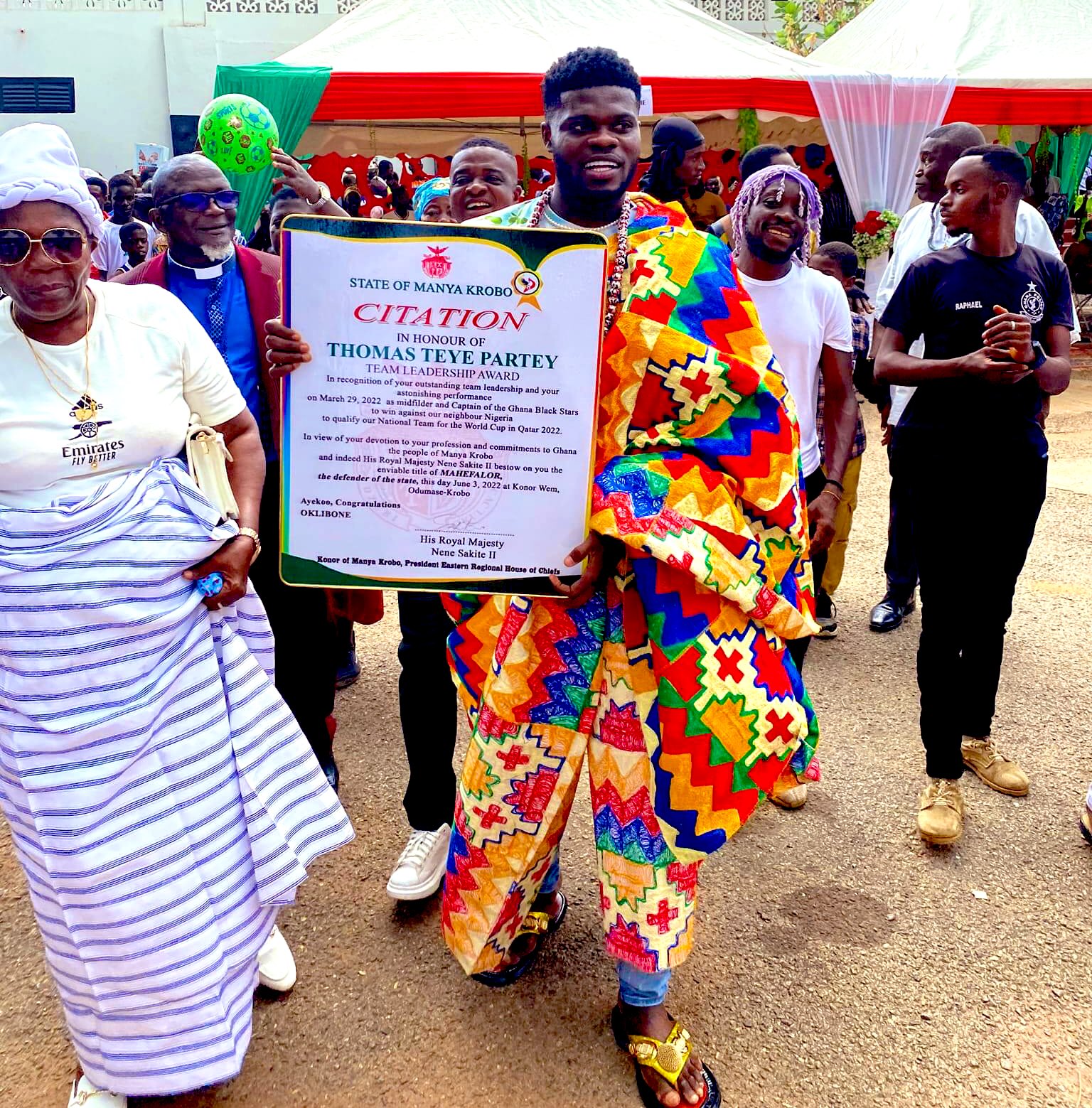