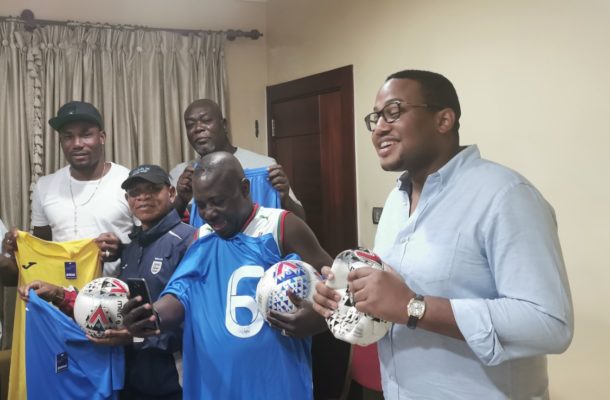 That was also followed by a similar gesture by Former Togo National team and Ex Etoile Filante of Lome  goalkeeper who donated one set of Jersey and 15 metre footballs to his former club.

Both donations were done at the club's secretariat in Lome, Togo.

Head coach of the club and former Ghana star Abdul Razak Golden boy, who received the stuff on behalf of the team thanked his former goalkeeper and the FA boss for their kind gesture.

Kossi Agassa is the current goalkeepers  trainer for all the Togo national team.