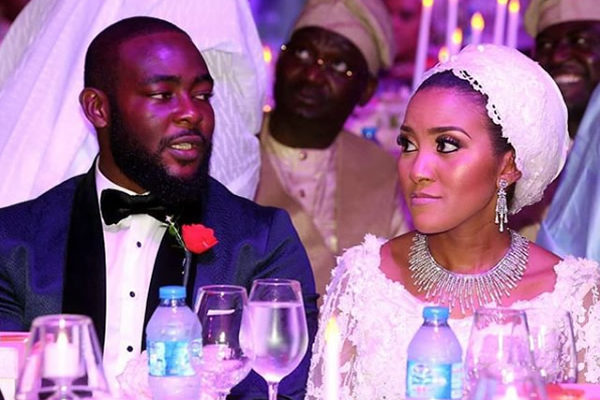 A new mother is claiming Dangote's new son-in-law, Jamil Abubakar is the father of her 7-week-old son but claims he's trying to silence her because he wants nothing to do with her or the baby.

22-year-old Irene Chiamaka Nwachukwu said Jamil never mentioned to her that he was involved with someone else when they got intimate.

She said she only found out he was getting married to Dangote's daughter after she was already pregnant with his baby.

She was 8 months pregnant when the society wedding of Jamil Abubakar and Fatima Dangote held.

Now, she's claiming that Jamil wants to keep her quiet after the baby was born and came out looking like him. She says he wants nothing to do with her and the baby and wants to pay her off so she can leave the country with the baby and never contact him again.

But their lawyers have not been able to come to an agreement and she's scared she and her baby might be in danger.

"I fear for my safety and that of my baby because this whole situation is becoming too messy and overwhelming," she wrote.

She added: "Let it be known to the general public that should anything bad happen to I or the baby, this man is responsible!!!".

Read the rest of her claims below. 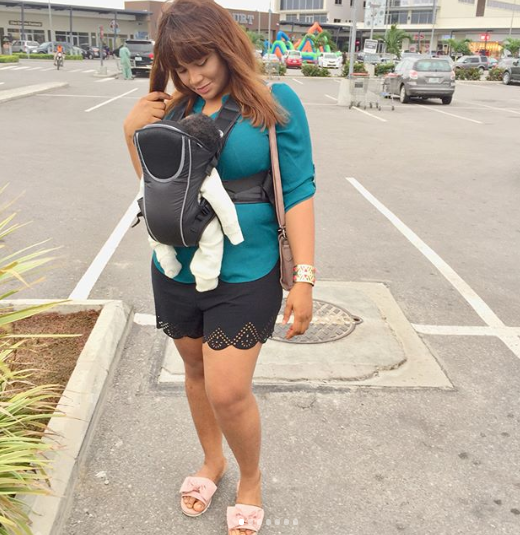 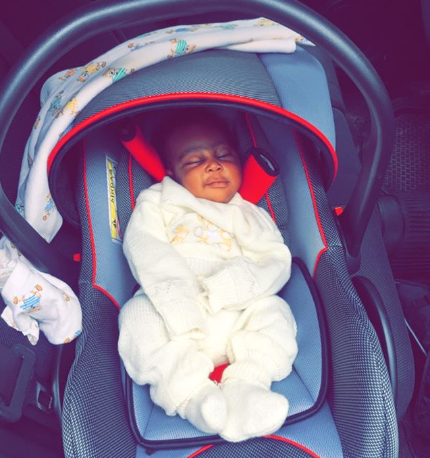 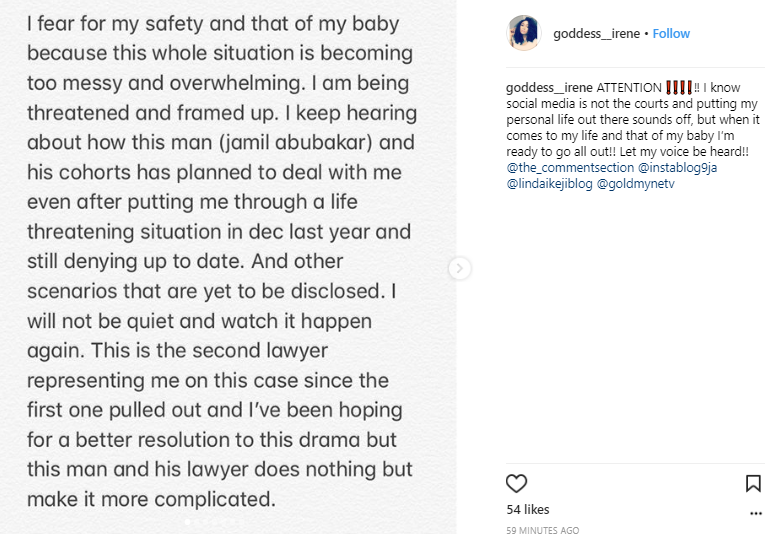 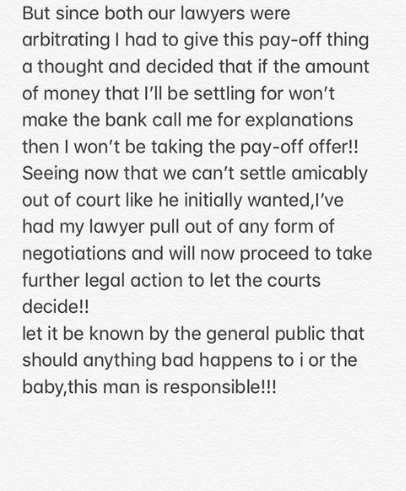 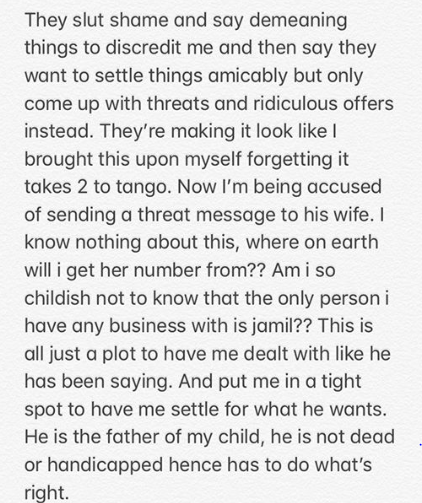 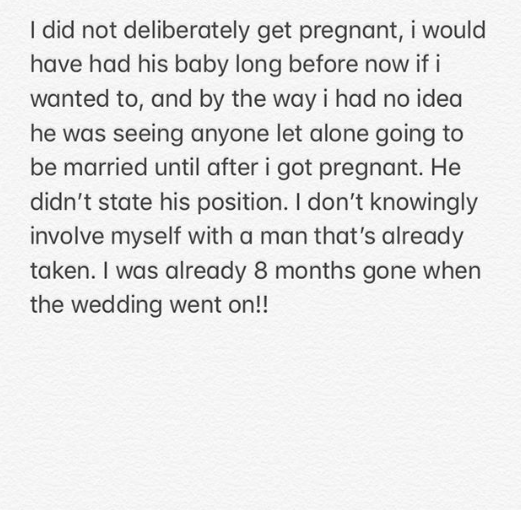 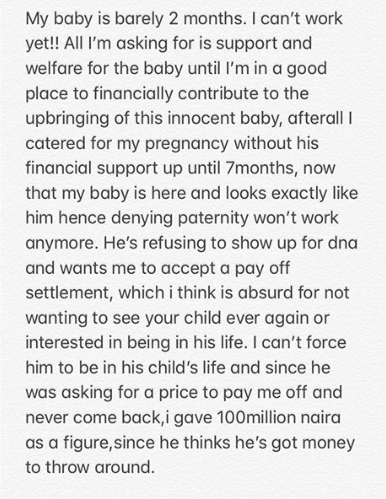 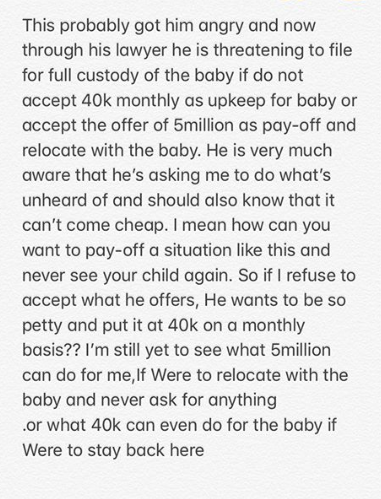 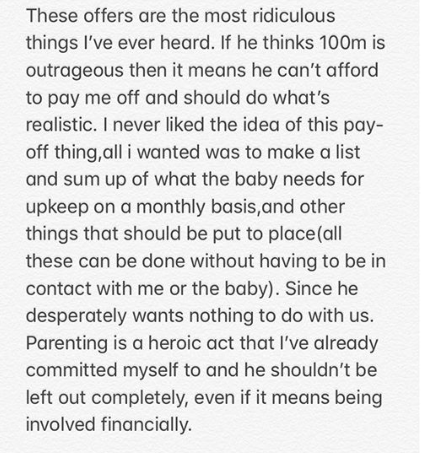