PHOTOS: Why Techiman XI Wonders coach was heckled by Police after his side's defeat to Bechem Utd 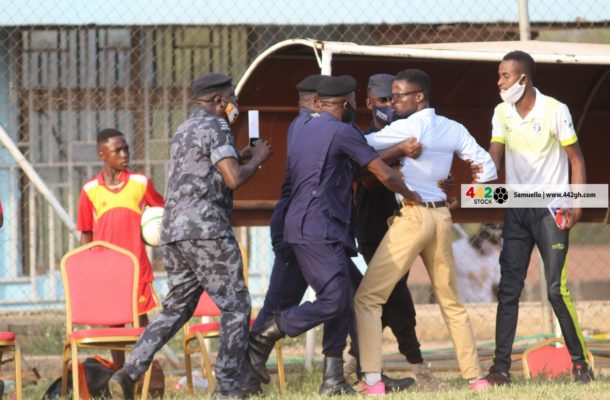 Techiman Eleven Wonders lost on Friday against Bechem United in their match day 11 clash at the Nana Fosu Gyeabour Park in Bechem.

Despite scoring first in the 7th minute through Samuel Boakye, goals from Hafiz Konkoni and Listowel Amankona scored within seven minutes in the second half ensured Bechem United staged a wonderful comeback to beat Techiman Eleven Wonders 3-1 at the Fosu Gyeabuor park at Bechem on Friday, to record their first victory in 2021.

The highlight of the game was after the final whistle when coach of Eleven Wonders Igantius Osei Fosu had to be restrained by the Policemen present at the stadium as he engaged in heated exchanges with one of the assistant referees.

According to sources the coach complained about the performance of the assistant referee and the referee in turn rained insults with vulgar language on the coach and even his mother.

The coach also replied in equal measure resulting in near fisticuffs with only the intervention of the Police preventing a showdown between the pair. 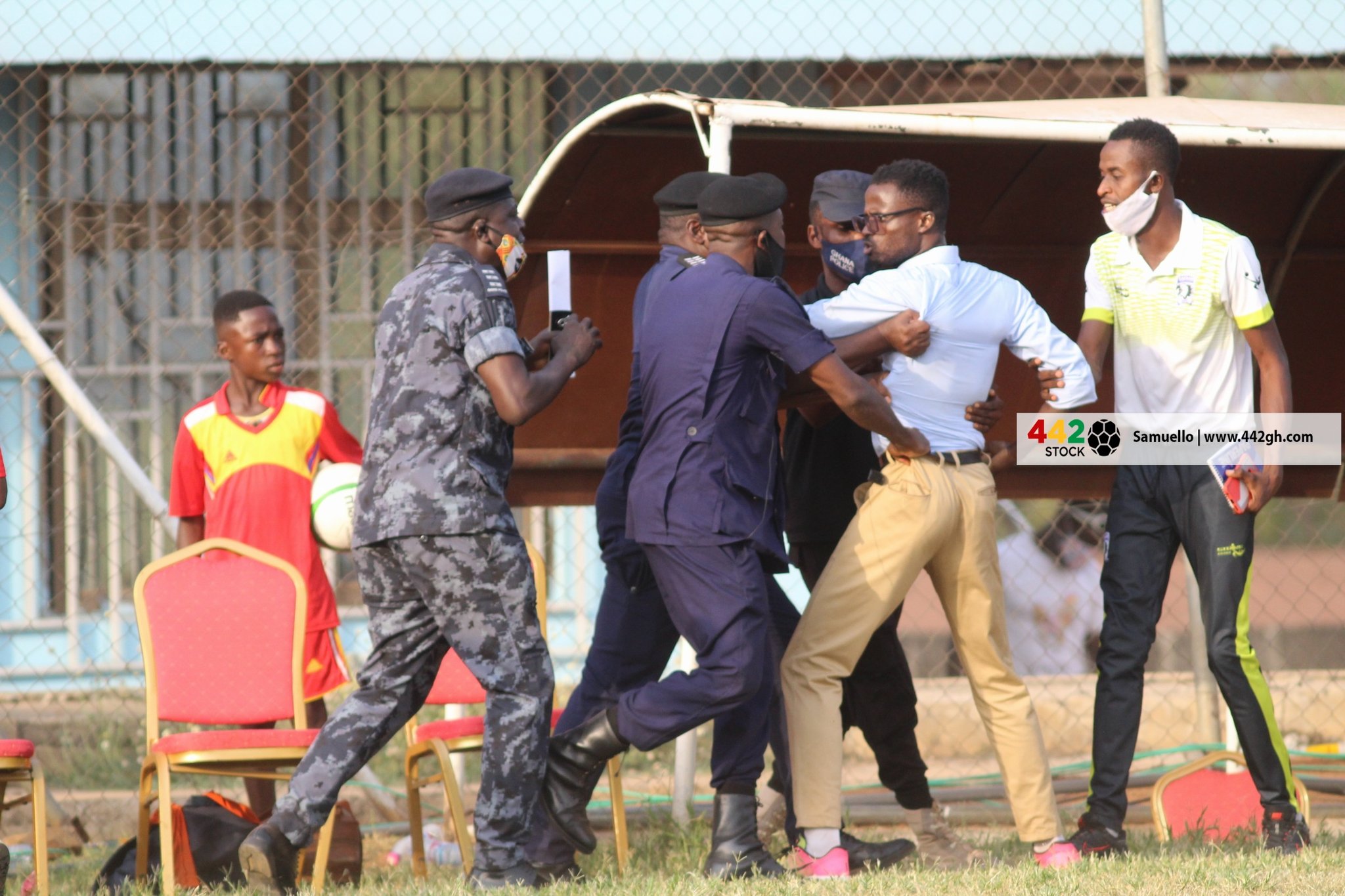 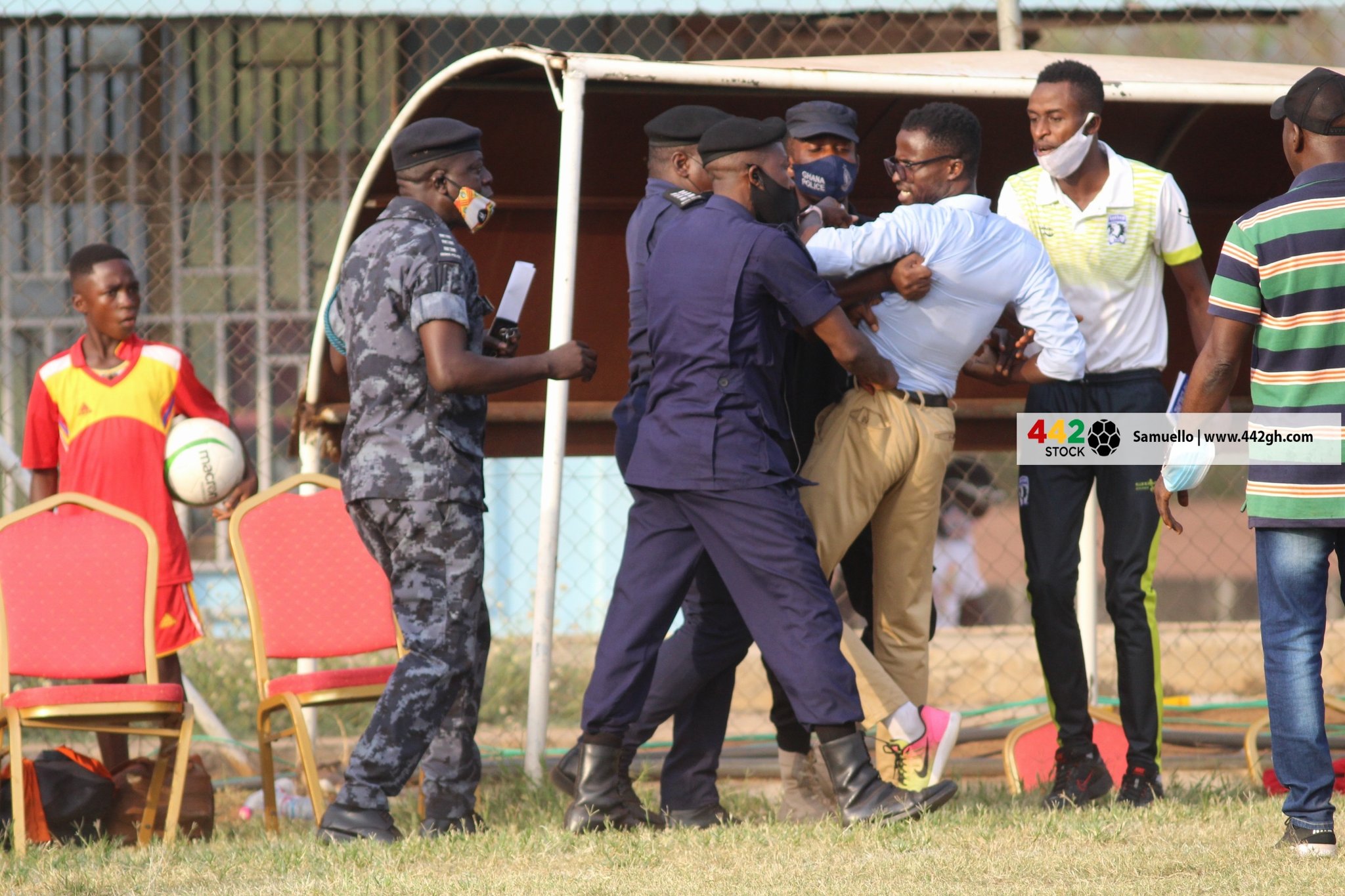 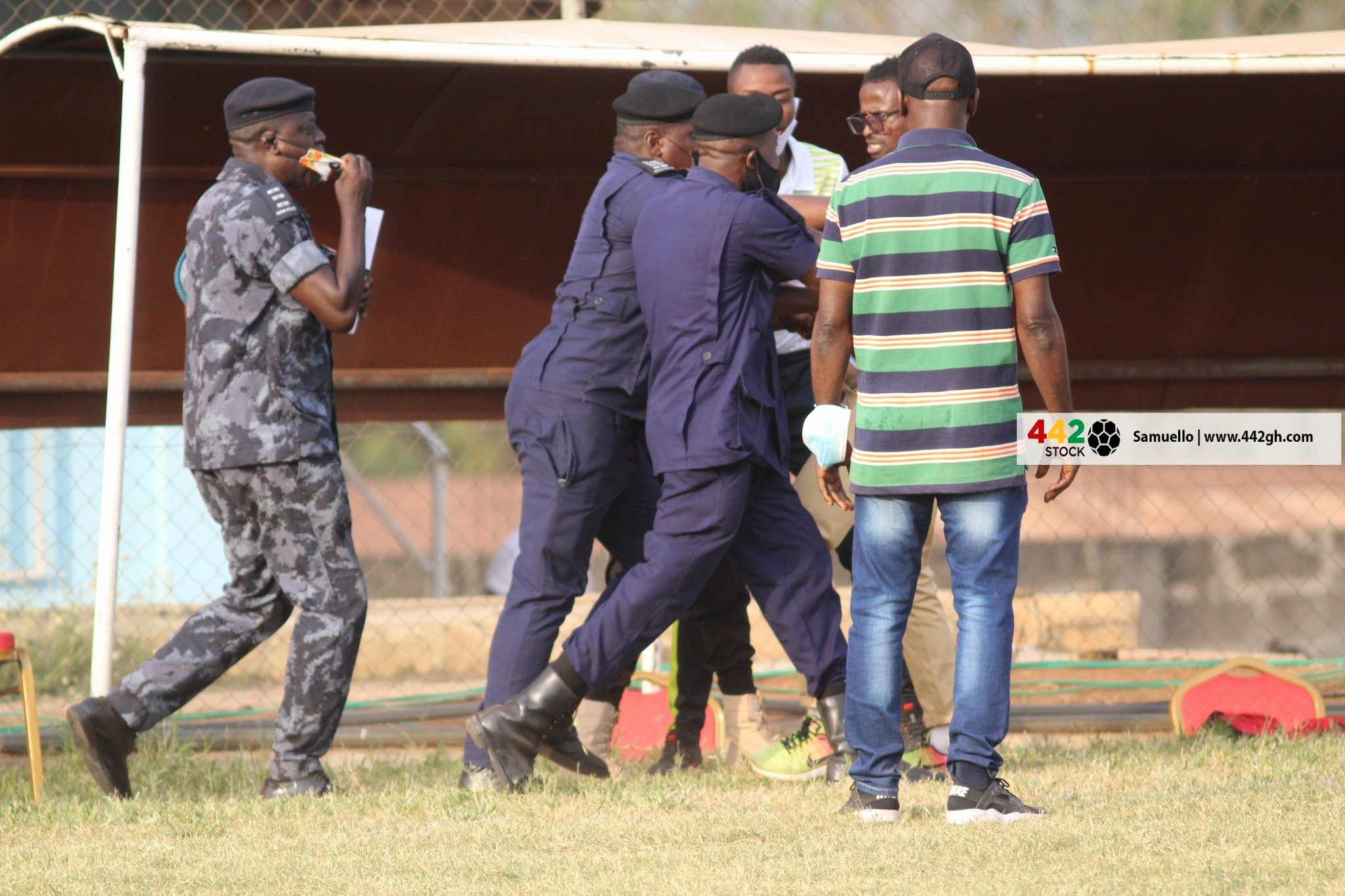