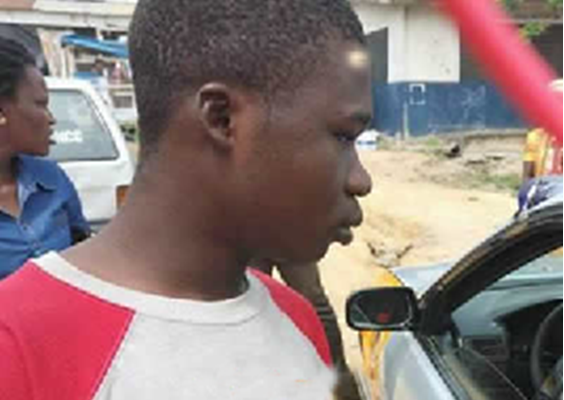 An 18-year-old boy who paraded himself as a medical doctor is in the grips of the Awutu Breku police for raping a 90-year-old woman.

The suspect, ‘Dr’ Kojo Nyamekye was caught in the act and arrested by relatives of the old lady, Yaa Beatrice and sent to the police station for sexually abusing the old lady.

The suspect, according to a brother of Yaa Beatrice paraded himself as a medical doctor and hence had access to the old lady.

He was said to have claimed that he was going to inject the old lady.

“We were in the room when we heard her screaming, we rushed into her room and arrested Kojo Nyamekye who claimed to be a medical doctor…,” Kojo Broni narrated.

Daughter of the victim, Adwoa Darkoa said last week, the same guy raped her mum till she started bleeding.

The 90-year lady however narrated to Adom News’ described the act as a ‘painful one’ in an interview with Adom News’ Kofi Adjei.