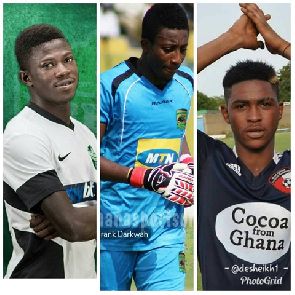 The Premier League Board (PLB) has released a list of nominees for the NASCO Player and Coach of the Month of the Ghana Premier League for the month of March.

Head Coach of AshantiGold C.K Akunnor has been nominated for the monthly awards following his team's remarkable unbeaten record in March.

Akunnor has led the Miners to three victories out of four games, drawing only a game in the process.

Other nominees for the Coach of The Month award are Klavs Rasmussen of WAFA as well as Henry Wellington of Accra Hearts of Oak.

For the NASCO Player of the Month award, Asante Kotoko’s shot-stopper Felix Annan will battle it out with in-form WAFA starlet Aminu Mohammed and Sharani Zubeiru of Dreams FC.

The officials sponsors NASCO will award winner of  the player of the month with a 32 inch NASCO LED television and a trophy with the winners' name inscribed on it.

While the coach of the month winner, will be presented with a NASCO 40 inch LED television and a trophy, with their names boldly written on it.