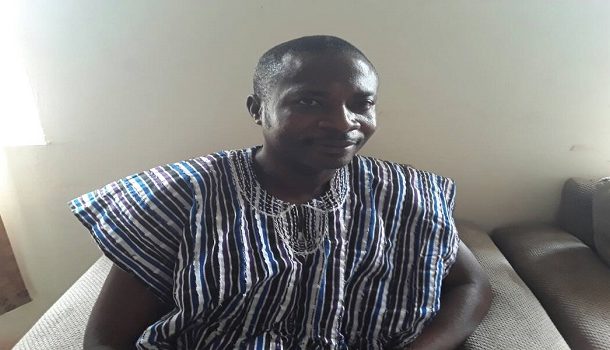 Beleaguered District Chief Executive (DCE) of Builsa South in the Upper East Region, Daniel Gariba has pleaded with a journalist to stop further publications on his alleged fraudulent activities.

The DCE who was not happy with a recent publication about him is heard in a leaked tape begging the author of the said story to “cease fire”.

A newspaper (name withheld) recently published a story over the alleged involvement of the DCE  in rosewood business, an allegation he had  denied.

Speaking to the newspaper after the story the DCE admitted that it had dealt a big blow to him.

When asked how he was feeling, his initial response was, “I’m not fine”, indicating that he was not comfortable with the story.

“Please cease fire,  I’m very much aware that you (referring to the reporter) have been doing this for a long time”, he begged.

The DCE who is lacing his boots to contest his party’s parliamentary primaries slated for September this year for the party’s orphan constituencies including Builsa South, had earlier called the management of the newspaper to complain about the paper’s recent stories about him, and asked for closure on such stories.

He was also not happy that for the past one month his name had been in the media for bad reasons, a situation he described as “injurious” to his hard-earned reputation.

Meanwhile   information available to us indicate that,  two different  groups of people have  petitioned President Nana Addo Dankwa Akufo-Addo to relieve him (DCE) from his post.

The first petition, according to our sources at the Jubilee House came from some inmates of an orphanage home in Bolgatanga, called Mama Lardis Home who claimed they deposited their monies with the DEC’s Microfinance company after promising them a mouth-watering interest rate, but failed to pay the interests including the principal.

The second petition, the sources said, was about his leadership style in the Builsa South where some NPP members feel if not checked will affect the part’s electoral fortunes in the constituency.