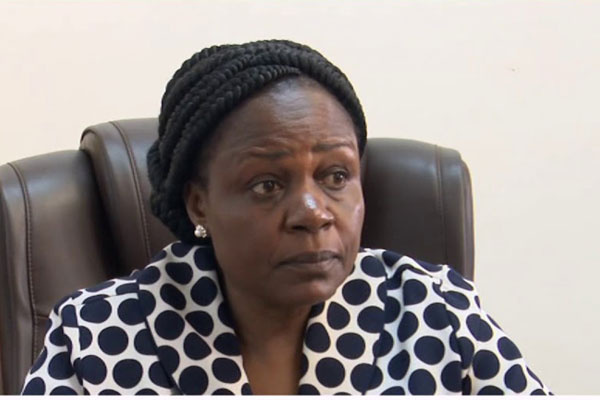 State prosecutors in a case in which eight people are accused of trying to kill Energy Minister, Ms Mary Goretti Kitutu have asked court to allow them more time to scrutinize documents of sureties for the suspects.

In a session presided over by Grade One magistrate, Ms Marion Mangeni of the Buganda Road Chief Magistrates’ Court, each of the accused presented two sureties as guarantee that they would honour bail once granted.

However, the state prosecutor, Mr Ivan Kyazze, told court that he needs time to scrutinize the credibility of all the documents the sureties had presented in court before he could respond.

It’s alleged that the suspects between May 22 and June 11 in Mbale District in eastern Uganda and Kampala with intent to intimidate and annoy the legislator Kitutu threatened to kill her and they willfully conspired as a group to commit the said offence.

On the count of cyber harassment, it is alleged that the accused persons still between May and June,2020 in Mbale and Kampala districts with intent to disturb the peace, quiet and privacy of the said minister willfully, unlawfully and repeatedly sent to her messages threatening to inflict injury or physical harm on her.

They allegedly did this maliciously through use of electronic communication with intent to harass the minister and place her in reasonable fear for her safety or to a member of her immediate family.

Police records indicate that some of these accused persons were arrested from Nkoma in Mbale District.

At the beginning of this month, two detectives Assistant Inspector of Police, Emmanuel Mawa and Sgt Dick Magara, who were transporting a suspect linked to the case from Mbale to Kampala perished in a motor accident at Magamaga trading centre along Jinja-Iganga highway.

The suspect, one Phillip Wanambwa, also perished in the accident. At the time of the accident, Wanambwa was being returned to Kampala after successfully identifying his accomplices.