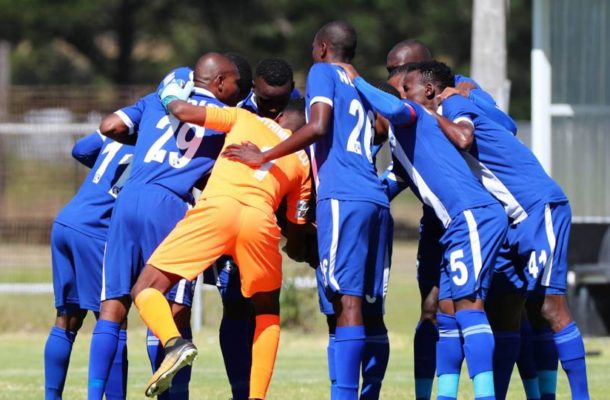 South African football has been rocked by the murder of Uthongathi FC chairman Nicholas Mkhize, who was gunned down on Monday.

The National First Division (NFD) club boss was shot dead by gunmen after leaving a technical meeting with other club members where they discussed plans for their next league game.

Uthongathi FC spokesperson Nduduzo Maphumulo was devastated by the passing away of Mkhize.

“Things are not really well in our camp and it's very sad to lose the chairman because he was our pillar of strength," Maphumulo told Goal.

"He was the man who always encouraged us and we will issue a statement to map out our plans and how we will progress with our week.

"The matter is with the police and we have to allow them to do their job."

The South African Police Services are still investigating the murder of the football boss, who was also a taxi owner, but no arrests have been made as yet.

Club director Nkosinathi Chili detailed the events around the chairman's murder, which saw Mkhize casually chat after the club meeting before getting into his car, where he was shot dead.

“Every Monday at 5 o’clock we do have a technical team report if either we played or we didn’t play over the weekend, to let us know what it is that they are seeing because we had friendly games since it was the FIFA week," Chili told kickoff.

“It is about their analysis and preparedness for the KZN derby against Real Kings. You know when you play against Real Kings, to us it’s a derby. So after that meeting one of our board members decided to close it with a prayer, and it turned out to be a long, long prayer.

“Afterwards we all left the meeting. Everyone was rushing to his own place because we normally finish at 8:15pm. And when we went out, everyone goes to his car, and there are times when one just stands with someone and talks, and he [Mkhize] was standing with one of our board members.

“After that board member moved to his car, he [Mkhize] moved to his car and when he entered his car, closed the door and was about to start the car, he didn’t start it. Then there was a lot of gun shots.

“They were just monitoring us and they used the chance. Then he was shot dead and he couldn’t move. This is just a fatal death.”

The NFD side were set to play their league match against neighbours Real Kings on Saturday in KwaMashu in a match dubbed as the KwaZulu-Natal derby, but the game has been postponed due to the death of Mkhize.

The side also known as the 'Cane Cutters' were crowned ABC Motsepe League champions two seasons ago.

Uthongathi is yet to lose in the NFD this season after three matches. They secured a win over Ubuntu Cape Town, while recording draws with Milano FC and the University of Pretoria.