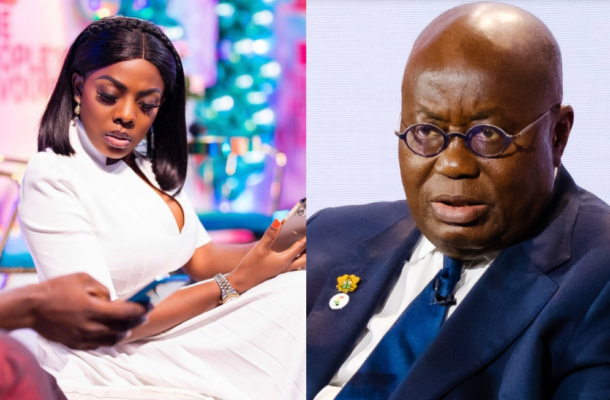 This follows the government's decision to finally seek an economic bail out from the International Monetary Fund(IMF) after months of feet dragging and the quest to address the ailing economy with some home grown solutions.

The NPP whiles in opposition touted their economic prowess and credentials at solving Ghana's economic malaise with then running mate of now President, Nana Akufo-Addo, Dr Mahmoud Bawumia leading the crack economic team of the NPP who claimed then they had the men.

The ace broadcast journalist took to her twitter handle to express her opinion that political parties in Ghana are only good managers of the economy only when in opposition.

"Political parties in Ghana are great managers of the economy when in opposition…" she tweeted.

The NPP in opposition ridiculed John Mahama's NDC government for going to the IMF because he failed to manage the economy.

After shoving the Electronic Transfer levy down the throats of Ghanaians as the panacea to all our economic woes, the government has in a quick U-turn revealed that they have realized just 10% of the projected proceeds of the much touted 'messiah' E-levy.

After unparalleled borrowing from the International bonds market among others and with more than 80% of domestic revenue used in debt servicing and payment of wages, the Ghana government has been forced to swallow its pride and head to IMF after several key government officials including the Finance Minister and the Deputy Finance Minister all said that going to the IMF will never happen.

On Friday, 1st July, 2022 which coincidentally happen to be Ghana's 62nd anniversary since Ghana gained republic status, the information ministry announced that the President has direct the finance ministry to initiate talks about joining an IMF economic programme.