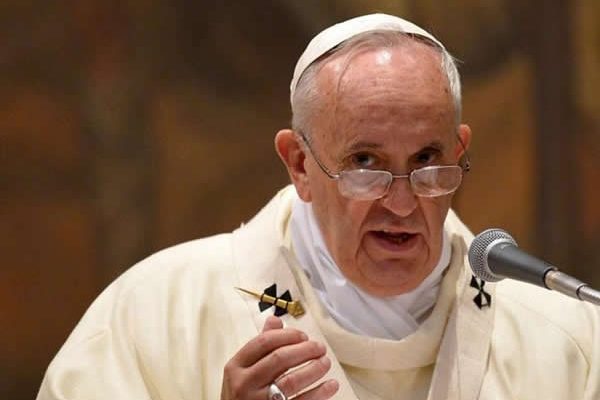 Pope Francis has urged Silicon Valley giants to make sure technological advances such as artificial intelligence do not lead to a new "form of barbarism" where the law of the strongest prevails over the common good.

The pope made his comments in an address to participants on Friday at a Vatican conference attended by executives from companies such as Facebook, Mozilla, and Western Digital as well as Nobel laureates, Catholic ethicists, government regulators, internet entrepreneurs, and venture capitalists.

The three-day gathering, which ends on Saturday, is discussing topics with tech jargon not commonly heard inside the Vatican, including algorithms and blockchain.

"The remarkable developments in the field of technology, in particular those dealing with artificial intelligence, raise increasingly significant implications in all areas of human activity. For this reason, open and concrete discussions on this theme are needed now more than ever," the pope told the participants.

He warned of the dangers of the use of artificial intelligence "to circulate tendentious opinions and false data that could poison public debates and even manipulate the opinions of millions of people, to the point of endangering the very institutions that guarantee peaceful civil coexistence".

"If mankind's so-called technological progress were to become an enemy of the common good, this would lead to an unfortunate regression to a form of barbarism dictated by the law of the strongest," he said.

The conference is taking place amid the rise of cyberespionage, online hate speech, misuse of private data, and signs the industry is struggling to respond.

It is the latest example of the Vatican under Pope Francis trying to stay ahead of the curve on technology and social issues in order to influence the pioneers of the future, regardless of their religion.

Vatican officials said it could provide material for a possible papal document on artificial intelligence, much as meetings with scientists helped shape his landmark 2015 encyclical "Laudato Si" on the protection of the environment and global warming.