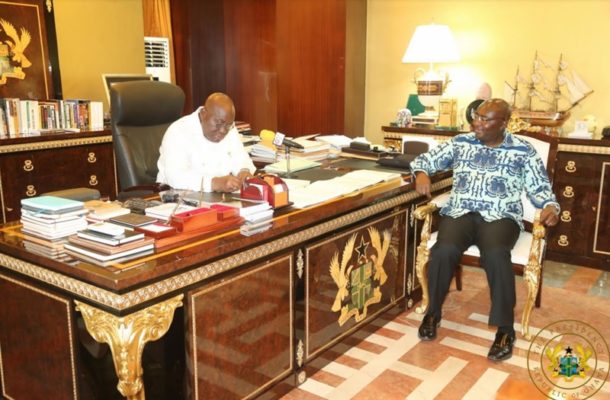 The seat of government has been ranked as the sixth most corrupt institution in the country by the latest Afrobarometer survey.

The highest office of the land comes after the Police, members of the judiciary, MPs, civil servants and tax officials.

The report which was unveiled Tuesday also placed the media at the base of the corruption index in the country. 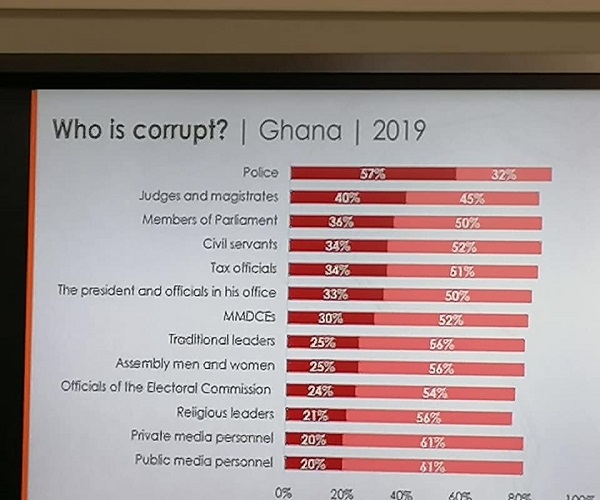 The military was ranked as the most trusted institution.

“Among key public officials in Ghana, the police, judges and magistrates, Members of Parliament, civil servants, and tax officials are most widely perceived as corrupt (Figure 1). But perceived corruption among the police has declined slightly compared to 2017."

“The Army, religious leaders, and the presidency are the most trusted public institutions (by 72%, 63%, and 58% who say they trust them “somewhat” or “a lot”), while opposition political parties (37%), local government officials (38%), and tax officials (39%) are least trusted,” the report said.

It added, “More than half (53%) of Ghanaians say corruption in the country has worsened “somewhat” or “a lot” during the year preceding the survey, a 17-percentage-point increase compared to 2017. This follows a huge (47-percentage-point) improvement between 2014 and 2017 (Figure 3).

“The police is the institution that the largest number of citizens report bribing to access services. Among those who had contact with key public services during the previous year, four in 10 say they paid a bribe to avoid problems with the police (42%) or to obtain police assistance (39%) (Figure 4). Six in 10 Ghanaians (61%) believe they risk retaliation or other negative consequences if they report incidents of corruption”.