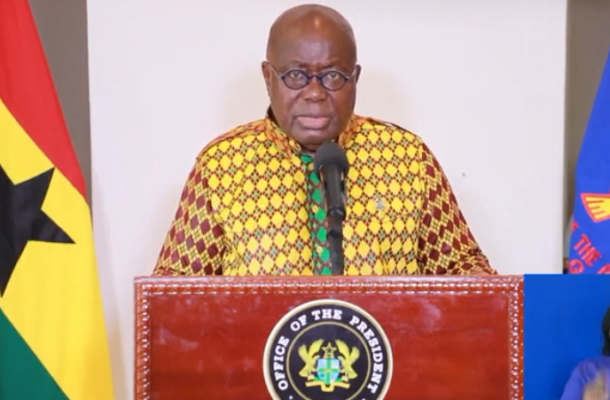 Law lecturer, Justice Srem-Sai, has said the Presidency has confirmed, rather than refute, allegations that it was interfering in the work of the Special Prosecutor.

The law lecturer at the Law Faculty of the Ghana Institute of Management and Public Administration (GIMPA) said a letter from the Presidency which sought to deny allegations by Martin Amidu that there was "political interference" from President Nana Addo Dankwa Akufo-Addo in his corruption risk assessment on the Agyapa Royalties agreement – a deal that was spearheaded by the Finance Ministry – rather provided strong evidence to support that allegation.

“The evidence is in the President’s own nine-page letter. For example, if you look at the letter, you realise that the President actually accepted a response from the Minister of Finance and was willing to pass that response to the Special Prosecutor; and I am wondering what actually empowered the President to believe that he is supposed to take a response from the Finance Minister and hand it over to the Special Prosecutor?” Mr Srem-Sai said Wednesday, November 18, on a current affairs programme on Citi TV.

He also claimed he was denied key logistics and accommodation that would enable him to perform his functions appropriately.
But in a nine-page response, the Presidency denied any form of interference.

"Throughout your tenure as Special Prosecutor, neither the President nor any member of his government has interfered or sought to interfere with your work," Secretary to the President, Nana Bediatuo Asante stated in a nine-page letter that responded to numerous allegations by Mr Amidu.

However, discussing the matter Citi TV, Mr Srem-Sai, who is also an Executive Fellow at the Institute of Law & Public Affairs, said another evidence that there was significant Executive interference is in how some agencies under the Presidency interacted with the Office of the Special Prosecutor.

"It was as if there was this understanding at the Presidency that they have a direct responsibility… in the day-to-day running of the Office of the Special Prosecutor – for example, they were paying light bills, they were paying water bills and collection of refuse was being paid from the President’s Office,” he said.

He alluded that it is clear that there was a mistaken belief by the Presidency that it needed to do whatever it takes to keep the office running.

Justice Srem-Sai said this may have caused the Presidency to breach the legal provisions of non-interference in the work of Office of the Special Prosecutor.