President answers a question and journalists are clapping, who does this? - Yayra Koku mocks 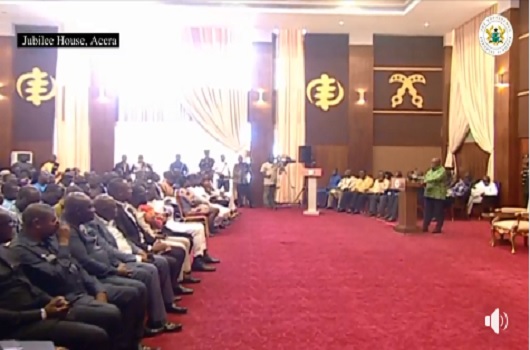 H.E Nana Addo Dankwa Akufo-Addo, President of the Republic of Ghana, on Friday, December 13, 2019, had a media encounter with journalists in the country at the Flagstaff House to respond to questions on various sectors.

Various media houses and online portals across the country were invited to address very pressing issues of Ghana as Mr. Akufo-Addo took his time to answer them.

People from far and near watched the encounter as it was broadcasted live on various TV stations in the country and also streamed live on Facebook.

An outspoken member of the opposition National Democratic Congress (NDC), Yayra Koku, who keenly monitored the event has been punching holes into it.

According to him, he was shocked to see journalists who took part in the media encounter, clapping their hands for the President on several occasions whenever he answered a question, saying it is never done anywhere.

Switching to his facebook page, the NDC communicator quizzed: President answers a question and journalists are clapping. Like seriously? Who does that?.

Yayra Koku has always termed President Akufo-Addo as "empty" for failure on his part to fulfil the many promises he made to the good people of Ghana. 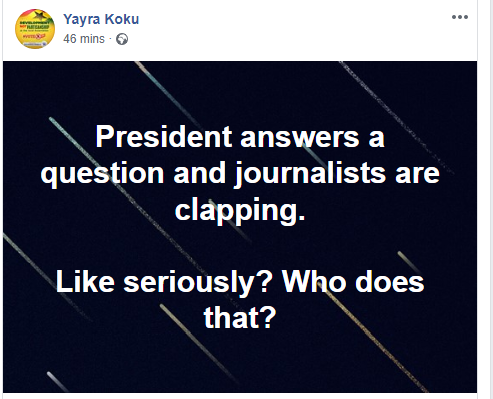