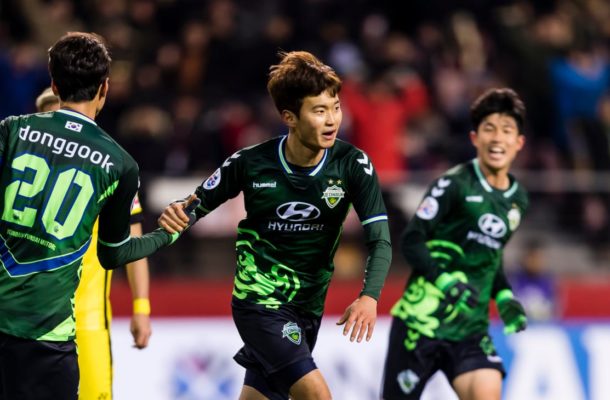 
Jeonbuk are one of the most decorated teams in Asia, having lifted the trophy in 2006 and 2016 as well as finishing runners-up in 2011, and they return to the competition after winning their fourth K League 1 title in five years.

The hosts, who were eliminated at the quarter-final stage by domestic rivals Suwon Samsung Bluewings last year, began the defence of their K league 1 title with a 1-1 draw against Daegu FC on Friday.

Beijing are competing in the tournament for the first time since being eliminated in the Round of 16 by Jeonbuk in 2015, and they have not progressed beyond the first knockout round in their seven previous appearances.

The 2018 Chinese FA Cup winners began their Chinese Super League season with a 1-0 away victory at Wuhan Zall on Friday. Defender Kim Min-jae, meanwhile, returns to his former club after swapping Jeonju for the Chinese capital at the beginning of the season.