So Why Is The Prez Crying? . . . Nana Addo “Never” Called Him A Thief – Karbo Claims 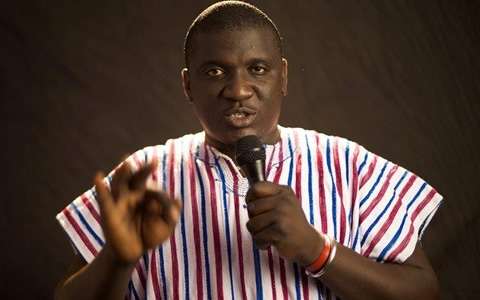 NPP’s Anthony A. Karbo has tagged President John Dramni Mahama as a “lair” for accusing Nana Addo Dankwa Akufo-Addo of verbally ‘attacking’ him first on his campaign trail.

According to him - the NPP leader is “too stately” to engage in such an unhealthy politics with the President.

“President Mahama is lair. Nana Addo has never called him a thief anywhere. Nana Addo said he is not into politics to steal from state purse. He never mentioned anybody’s name, so why is the President crying?”

“ . . Nana Addo has never called President Mahama a thief. Not even for a single day, it has never happened. The President has lied, let's be bold to tell him that,” he said in an interview with NEAT FM’s morning show 'Ghana Montie'.

According to the President, he has rather endured name-calling and insults from Nana Addo and the NPP over the years.

Mahama who was speaking to Paul Adom-Otchere also described the NPP’s flagbearer as a divisive leader and a dictator, who in his view cannot run the country.

Defending his comments on Metro TV’s Good Evening Ghanaon Tuesday, Mr. Mahama said the criticisms against him are unfair, since the NPP and its flagbearer attacked him first.