Prisoner or patient? The fate of Ghana’s mentally ill offender 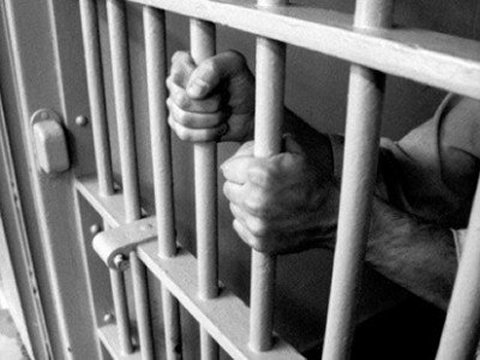 The Ghana Prisons Service is mandated by law to ensure the safe custody, welfare, reformation and rehabilitation of prisoners whenever practicable.

Prisons are a reflection of society as there are all manner of persons incarcerated – lawyers, doctors, businessmen, police officers, politicians, religious leaders etc.

Prisoners, like all men, suffer from ill health. It is the responsibility of prison authorities, as part of their welfare mandate, to cater for prisoner healthcare. This is carried out by doctors, nurses and other health professionals recruited to man clinics and infirmaries in our facilities.

A growing trend that has a tendency of endangering lives of prison officers and prisoners alike across our prison establishments is the number of mentally ill persons incarcerated. The country has no facility purposely built to cater for mentally ill prisoners.

By law, lunatic criminals are supposed to be sent to Psychiatric Hospitals but not prisons. This is because, they were not medically sane at the time of committing the offence and so should not be treated as sane criminals. There are, however, cases where some mentally ill people are convicted of crimes and imprisoned.

The phenomenon of having mentally ill offenders in our facilities leaves other prisoners as well as prison officers, who most of the time have little or no knowledge of managing the mentally ill at great risk.

There have been occasions when officers have been attacked by mentally ill prisoners leaving them with lifelong deformities. Prisoners are not exempt as the congested nature of our prisons leave prison authorities with no option but to house them in same cells with other prisoners, exposing them to danger. There was a case at the Ankaful Prison Annex where a mentally ill inmate physically abused officers and inmates leaving an inmate with a broken limb. In another instance at the same facility, a mentally ill inmate cut open his own scrotum leaving his testicles hanging out.

Prisoners suffering from mental illness, like other mental patients, have behavioral inconsistencies. They are likely to begin unprovoked quarrels and rain insults on fellow inmates, officers and even visitors. They easily violate prison regulations. There are cases where mentally ill prisoners destroy prison property and that of fellow prisoners.

Mentally ill prisoners are unlikely to subscribe to reformation and rehabilitation programs due to their ill health. It is not security wise to allow these inmates into trade learning workshops as the use of tools and machinery can be harmful not only to themselves, but also other inmates and officers serving as trade learning instructors.

Most mentally ill prisoners experience a deterioration of their conditions as prison staff have little or no knowledge of their management. To prevent high-risk ones from inflicting harm on fellow inmates and prison staff, they are mostly consigned to solitary confinement. This, though an immediate relief, has a tendency of worsening the conditions of the prisoner.

The last resort is to transfer these inmates to prison facilities close to mental hospitals so they can receive specialist care. This has led to a flooding of the four prison establishments in Ankaful with mentally ill prisoners due to their proximity to the Ankaful Psychiatric Hospital.

What should be done?


Infirmaries and clinics within prison facilities should be resourced to take care of mentally ill prisoners. Most prison facilities operate near-empty infirmaries, incapacitating them from sufficiently catering for inmate health needs. Some prisons lack infirmaries altogether and so depend on limited drugs kept in first aid boxes.

Offenders who are suspected of having mental conditions during trial should be medically examined to determine their true state of mind. Those confirmed to be mentally ill should be sent to psychiatric homes, not prisons. The conviction and subsequent release of Charles Antwi, a mentally ill man, who attempted to ‘assassinate’ ex-president John Mahama by an Accra Human Rights Court in 2015 should serve as a guide in cases involving mentally ill offenders.

Finally, just like there is a Communicable Disease Prison, a specialized facility should be built and adequately resourced to cater for mentally ill prisoners as Dorothea Dix, an American mental health advocate rightly put it, “Jails and Houses of Correction cannot be so managed as to render them suitable places of confinement for that unfortunate class of persons, who are the subjects of your inquiries. Jailors and Overseers of Houses of Correction, whenever well qualified for the management of criminals, do not usually possess those peculiar qualifications required in those to whom should be entrusted the care of lunatics”.