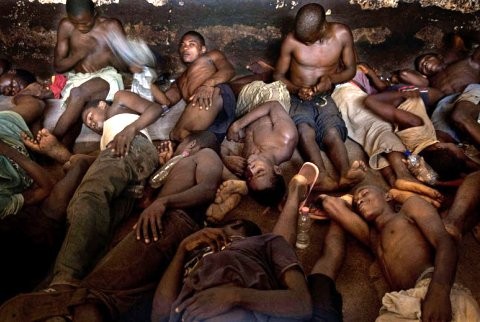 The Ghana Prisons service has served a notice to some prisons over the country to watch out for a likely report of meningitis outbreak.

The Brong-Ahafo branch of the Prisons service as well as the other Northern regions are among the cautioned branches.

SP Vitalis Aye, who happens to be the Public Relations Officer has said to the press that the alarm was raised to prevent the meningitis outbreak considering that the infections is a fast spreading one due to the dry season (Harmattan).


Moreover, he said the service is laying down procedures to curb the situation, should there be a report of the disease in the prisons. The major symptoms of the disease is congestion and heat in an enclosed area.

“We issued an alert that around this time of the year, these things do happen. We have always put measures in place to make sure that though we are overcrowded, we minimize the rate of people getting infected or having a disaster,” he said.

“We ensure that those who visit as much as possible, physical contact is minimized. Again, we create isolation cells, if you are coming to the prisons for the first time, we put you there, we isolate you, we observe you before you are put in the main prison.  Those who are already inside the prisons, if they are showing signs that are not normal, they are isolated. We go through these protocols to ensure that we don’t have an outbreak, and even if it is there, it is minimized,” he chipped.

The country has recorded approximately six deaths due to the outbreak of meningitis in the past one month, however, these incidents are being considered as isolated.

A student of Damongo Senior High School in the West Gonja District of the Northern Region, three weeks ago died of non-communicable meningitis. Another student from Koforidua Technical School, also died from the disease.

Three deaths were recorded in three Senior High Schools in the Upper East Region, and another at Asamankese SHS in the Eastern Region.

No meningitis outbreak in Ghana

Meanwhile, the Ghana Health Service (GHS) has refuted claims that there is a meningitis outbreak in the country.

According to the Service, the deaths of some students from meningitis in recent weeks are isolated cases that do not constitute an outbreak.

Dr. Badu Sarkodie,the Director for Public Health at the Ghana Health Service, mentioned that “for meningitis, we have not reached the situation to apply the vaccine. We have the vaccine, but to give it, we have to declare an outbreak first. There is a criterion for outbreak declaration and we haven’t reached there yet.”